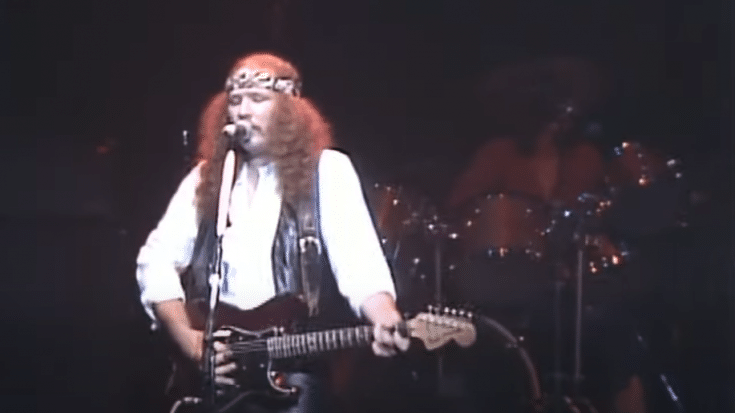 via Classic Rock on MV/YouTube

On November 10, 1978, The Outlaws played at Capitol Theatre in Passaic, NJ. One of the songs on their setlist was There Goes Another Love Song. It’s a great live performance from an awesome band. Anyone who saw them in concert didn’t leave disappointed since the band always delivered the goods. They were a spectacular live act.

There Goes Another Love Song was written by members Hughie Thomasson and Monte Yoho. It’s the lead single and opener of their 1975 self-titled debut album. The track peaked at #34 on the US Billboard Hot 100 and earned generally positive reviews from critics with the Associated Press declaring it “a rock anthem”. Even most of their fans agree that this is one of the Outlaws’ finest moments.

According to founding member Henry Paul, “Even as much as you love your job, there’s things about that lifestyle that’ll make you do things you don’t want to admit that you did… That’s why the rock and roll thing is so violent and self-destructive.”

“But that’s where that song came from, and it had a very commercial appeal, and it was a single for us,” he continued. “And although it didn’t chart particularly high, it was obviously and definitely a cornerstone in our musical career.”