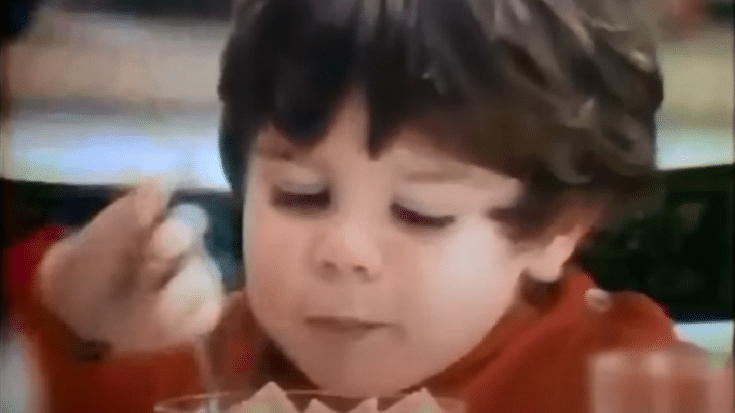 When we were kids, we believed almost everything we heard – from our friends, siblings, or parents. In the ’70s, there was no Google, no internet, or social media. In short, there was no easy way to verify whatever stories were passed on to us – like if your next-door neighbor was actually an alien sent to observe humans OR if your homeroom teacher was secretly a government spy.

So let’s take a look at some of the most popular urban legends in this decade. We won’t judge because well, we MIGHT have believed them too.

There were spider eggs in Bubble Yum. Introduced by Life Savers in 1975, Bubble Yum was the first soft bubble gum in the market and it was an instant hit! Two years later, rumors began circulating that the secret to this soft and chewy candy was because of the addition of spider eggs as one of the ingredients. Because there was a dramatic decrease in sales in New York and Chicago, Life Savers had to take an ad in several major newspapers debunking them and setting the record straight.

A girl with a bouffant hairstyle had spiders in her hair. Sometimes she’s a little girl and other times, she’s a teenager. Either way, the story goes like this – she never washed her long hair and always used hair spray to style it. So eventually, black widow spiders started nesting in her hair and even laid millions of eggs. They hatched and bit her which caused her death.

Razor blades were hidden in apples during Halloween. Though there have been cases reported to the police about sharp objects hidden in Halloween candies or apples, there’s been ZERO case of children who have been seriously injured or even died from these hidden objects especially in the 1970s.

Walt Disney was frozen after his death. According to tales that circulated after he passed away, his body was cryonically frozen and was buried deep under the Pirates of the Caribbean ride at Disneyland in Anaheim, California. The reason apparently was so he could be reanimated should medical technology be so advanced in the future. His daughter Diane discredited the rumors and proved that his cremation happened by pointing to signed legal documents that indicated his remains were interred in a marked plot. In fact, the exact location is a matter of public record.

Life Cereal commercial kid Mikey was killed by Pop Rocks and Coke. According to the wild rumor, Mikey mixed the candy with soda and his stomach exploded. Yikes! The story persisted for years no matter how many times his mom told people that Mikey’s still alive. Pop Rocks’ sales plummeted because of dozens of spooked parents.

Coke dissolves teeth overnight. Leaving a tooth in a can of Coke overnight can totally dissolve it – did you fall for this too? It’s no secret that sugary drinks are harmful to your teeth and can cause cavities and tooth decay. But is Coca-Cola too acidic that it will completely dissolve teeth? Nope, not true. Even if you leave the said tooth in Coke for a few days, it still won’t dissolve.

President JFK told his German audience, “I am a jelly doughnut.” In 1963, he did stand by the Wall in West Berlin to deliver a speech that included “Ich bin ein Berliner.” Years later, The New York Times erroneously reported that the crowd laughed at this even though they didn’t. While Berliner means “jelly doughnut”, the area surrounding Berlin preferred the term Pfannkucken. So no, JFK didn’t say he’s a jelly doughnut.