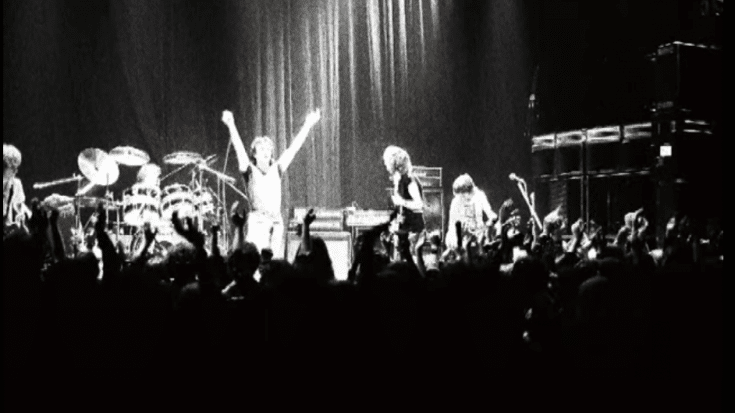 He Almost Got The Gig

After the tragic and untimely death of Bon Scott, brothers Angus and Malcolm Young briefly considered quitting AC/DC but with the encouragement of their family and friends particularly Scott’s parents, they went in search of a new frontman and lead singer. Before Brian Johnson landed the gig, a roadie from Birmingham, England named Steve “Burtie” Burton was recommended by his fellow roadies Terry Lee and Keith Evans who worked for AC/DC at the time.

Burton told Rock Candy in a new interview, “I went down to London to audition for the band. I got along fine with everyone and thought I did well, but for whatever reason, I didn’t get the gig and it went to Brian Johnson, of course.”

Even so, he revealed that he “must have made an impression on the band, because soon afterwards, I got a call asking if I’d be interested in working with Angus and Malcolm Young’s nephew, Stevie.” Stevie was then putting a new band together and it was Malcolm who recommended Burton to him. This group would later become Starfighters who supported AC/DC’s 1980 ‘Back in Black’ tour.

Starfighters ended up recording only two full studio albums. Burton admitted, “Brian got the gig because he’s got a cracking voice. He fits really well, and he’s done a great job over the years.”