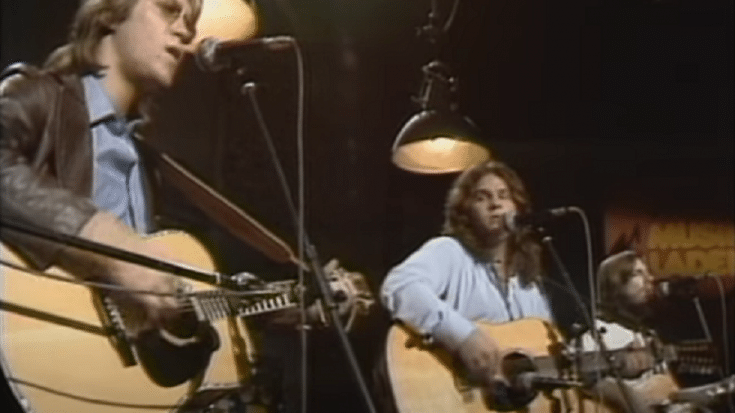 Featured on America’s second studio album “Homecoming”, “Don’t Cross The River” was written and sung by founding member Dan Peek. It didn’t crack the top 20 and only peaked at #35 on the Billboard chart but it’s a well-loved track. It was largely overshadowed by “Ventura Highway” which became the highlight of the LP.

America rose to prominence in the ’70s thanks to a series of hits such as “A Horse with No Name” and “I Need You”. They’re known for their lovely vocal harmonies and folk rock music. But by the end of the decade, they struggled to achieve more commercial success with their records.

Dan Peek told Gary James in an interview, “I think we had the same kind of aspirations as most people who start in music and really who are just hoping to make a living. That was my goal. I can’t do anything else. I don’t want to do anything else.”

“I feel like music is my life,” he continued. “When the thing took off the way it did, I think we were all just stunned and really in some ways didn’t really understand the import of it until years later. It was just such a tremendous rocket ride.”