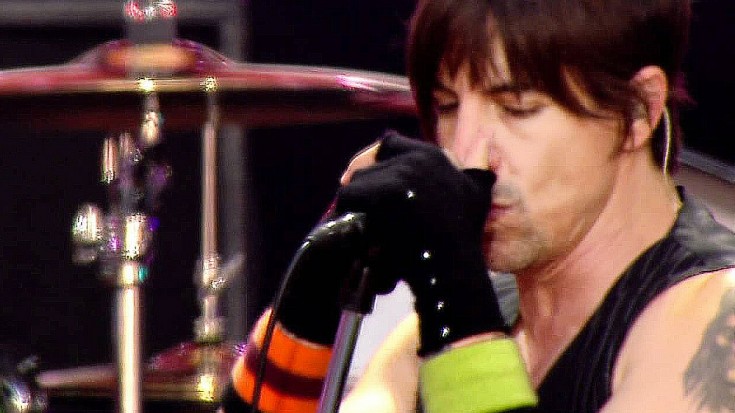 No matter where they go, we can always count on Los Angeles rockers Red Hot Chili Peppers to kick up a fuss and be the life of the party – and their 2007 appearance at Live Earth was no exception! With a crowd reaching upwards of 90,000 and singer Anthony Kiedis battling a cold, the Red Hot Chili Peppers turned London’s Wembley Stadium into the dance party we’ve always dreamed of having when they closed out their stellar 4 song set with a rowdy take on 2002’s smash hit “By The Way,” with bassist Flea dancing frantically around the stage in between bass licks and guitarist John Frusciante providing an absolutely amazing vocal foil to Anthony Kiedis’ resonant lead vocal parts.

Fun Fact: Since 1983, the Red Hot Chili Peppers have had 7 guitarists – the most famous being former guitarist John Frusciante.

It’s rare to find a band whose energy is so infectious that it makes it impossible to sit still whether you’re in the crowd or like us, a viewer at home – but the Peppers’ Live Earth performance of “By The Way” is one that reaffirms the fact that when it comes to live shows, no one leaves it all on the stage quite like these guys and the amount of sheer fun had by all when the Red Hot Chili Peppers hit the stage is enough to make you want to shake off anything and everything that doesn’t make you want to get up and dance. Check it out in the footage below – enjoy!