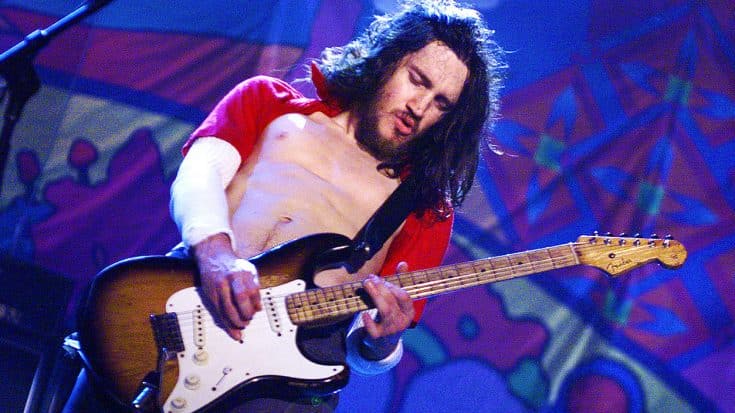 Our love is deep for this cover!

The Red Hot Chili Peppers were the kings of the 90’s and early 2000’s. A main component to their success was guitarist John Frusciante. John added a completely different element to the band, and his guitar work on albums like Californication is some of the best of all time.

Back in 2006, the Chili Peppers toured their hit album By the Way. During a performance in France on that tour, the Chili Peppers covered the Bee Gees’ classic hit “How Deep Is Your Love.” John took control of the lead vocals, and pretty much the entire performance on this cover! His voice was amazing, and his guitar playing was so mellow, and fit the mood of the song perfectly! In fact, even though John is no longer with the band, he still continues to play this song on his solo tours, and it sounds just as good!

Fun Fact: The Bee Gees wrote this for the American singer Yvonne Elliman. Robert Stigwood, who produced the movie Saturday Night Fever, insisted the Bee Gees perform it themselves for the soundtrack. Elliman did sing “If I Can’t Have You,” which was written by The Bee Gees and included on the soundtrack. That song was also a #1 hit in the US.