Neil Young Taps Out Of Pearl Jam Induction, And You’ll Never Guess Which Late Night Giant Is Taking His Spot 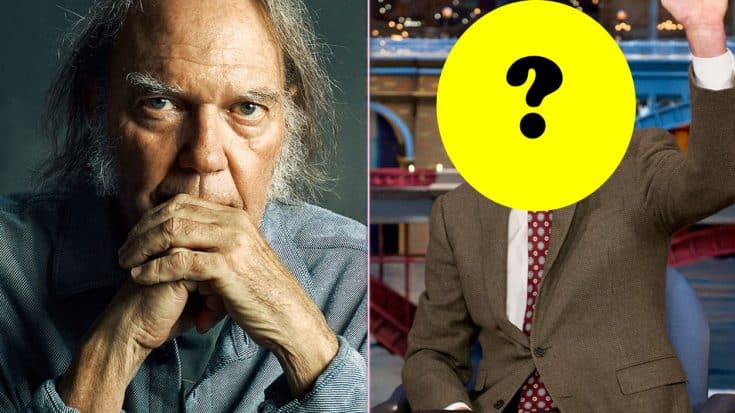 If you were looking forward to seeing Neil Young induct Seattle rock legends Pearl Jam into the Rock and Roll Hall of Fame this weekend, don’t: he’s been sidelined by an illness and unfortunately won’t be able to attend the big event, an incredibly sad turn of events considering his decades long friendship with Eddie Vedder and company (think back to all of their ‘Rockin’ In the Free World’ duets). The good news is that the ceremony organizers were able to scramble another friend of Pearl Jam to induct them into the Rock and Roll Hall of Fame and don’t worry – he’s an even bigger fan of the band than Neil!

This morning it was announced that former late night talk show giant David Letterman will be filling in for Neil Young Friday night, which shouldn’t surprise fans of both Letterman and Pearl Jam; after all, they did make a whopping 7 appearances on The Late Show, including an exclusive 10-song set for the audience back in 2006. The Rock and Roll Hall of Fame issued a brief statement announcing the sudden change-up, reading:

“Due to illness, Neil Young is regrettably no longer able to induct Pearl Jam at this Year’s Induction Ceremony.

The Rock and Roll Hall of Fame is thrilled that David Letterman has agreed to induct Pearl Jam this Friday night at the 32nd Annual Induction Ceremony.”

With less than 48 hours to go until rock and roll’s biggest night, we can only imagine that sudden surprises like this are less than ideal. However, as far as surprises go, having David Letterman induct you into the Rock and Roll Hall of Fame isn’t all that bad! Congratulations to Pearl Jam on their big moment, and we can’t wait to see what Dave’s got up his sleeve for all of us Friday night!