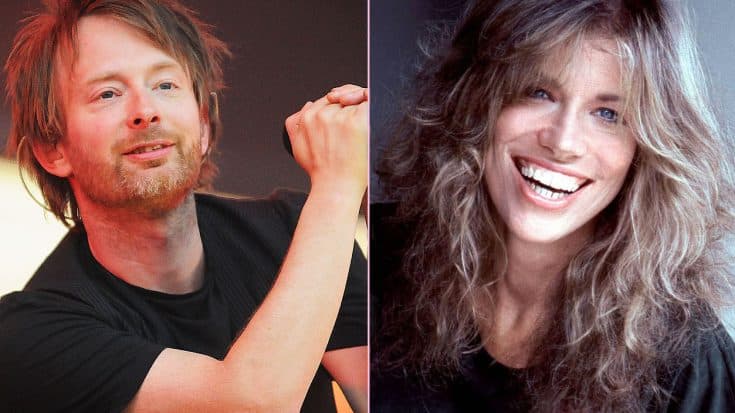 Brit Rockers Tackle The Spy Who Loved Me Classic

Radiohead really, really like Carly Simon. So much, in fact, that Simon’s 1977 chart topper “Nobody Does It Better” from The Spy Who Loved Me has been a fairly regular staple in Radiohead’s live shows, which is pretty cool when you consider the fact that they’ve never been known for their covers.

A smoldering, “lust-drunk anthem” about James Bond’s sexual prowess “Nobody Does It Better” has been hailed by Radiohead frontman Thom Yorke as the “sexiest song that was ever written” and to be quite honest, we’re inclined to agree – but the way Radiohead translates the drama of Carly Simon’s 1977 original into a whining, guitar heavy anthem for the 20th century absolutely speaks to the genius that’s made them such a heavy hitter in the music industry.

Fun Fact: “Nobody Does It Better” is Carly Simon’s longest-charting hit.

We won’t delve into which version we like better; we love Radiohead but come on! Carly Simon is an absolute legend, her voice rivaled only by her incredible gift for songwriting. Check out both versions of “Nobody Does It Better” and as always, let us know what you think. Enjoy!