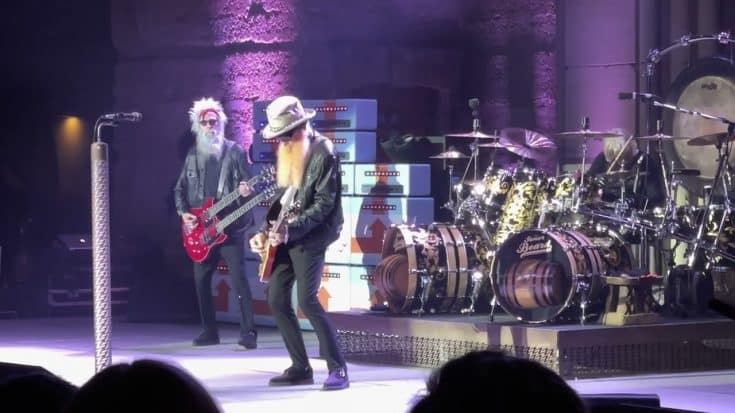 ZZ Top gave an outstanding performance of their three classic songs on their June 2 show in Saratoga, CA.

The band’s set includes “Just Got Paid,” taken from 1972 album Rio Grande Mud, “Sharp Dressed Man,” appears on their 1983 album Eliminator, and hit song “Legs,” which was released as the fourth single in May 1984, more than a year after the Eliminator came out. It reached number 8 on the Billboard Hot 100 in the United States, and the dance mix version of the song peaked at number 13 on the dance charts.

Meanwhile, ZZ Top have released an official music video performance for their 1981 classic “Tube Snake Boogie,” which is taken from their upcoming 11-track live album Raw that is set for release on July 22.

The upcoming LP was made in connection with ZZ Top’s 2019 Netflix documentary, That Little Ol’ Band From Texas, dedicated “in righteous memory of Dusty Hill” who died on July 27, 2021, at the age of 72. Raw will be released by Shelter Records/BMG on 180 gram vinyl, CD and through digital platforms.

Watch the performance below. Some of the comments read:

“Billy Gibbon’s voice was always the most underrated aspect of ZZ Top.”

“Always sounds good no matter how long it’s been”