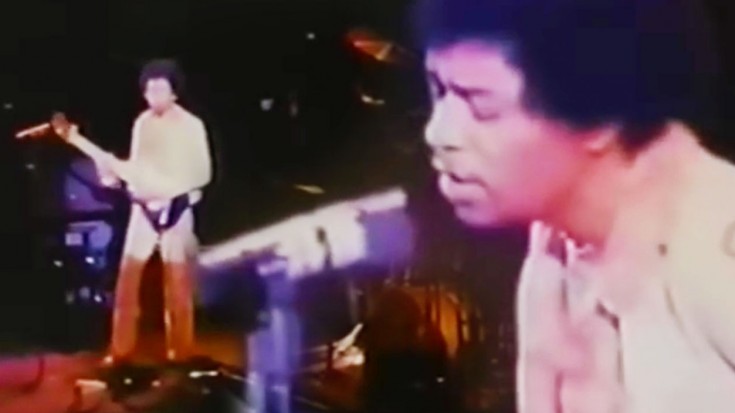 Performing in NYC in 1970, Jimi Hendrix, Billy Cox, and Mitch Mitchell stunned audience with Band Of Gypsys single “Stepping Stone.” We have found a decent chunk of audio from this great time before, but this is by far the clearest live footage of the band besides Woodstock we have ever seen.

Interesting Fact: . The band made an attempt at recording the song (which was then known as “Sky Blues Today”) in the studio on August 30, and it was next touched on during a long studio jam session with Buddy Miles on November 14

As the last single that Jimi ever released, “Stepping Stone” was first introduced at Woodstock ’69 with Jimi’s Gypsy Sun and Rainbows at his side, performed at the Filmore East on December 1969, and in NYC on January 1, 1970 that you see here. After they released the single in April 8, 1970, Jimi decided to add on to the song in June which led to its rerelease in ’72, ’97 and again in ’95 on Voodoo Soup.

It is no surprise that the band goes hard in this particular performance, but to know that we are seeing some of the only remaining footage of a song that Jimi Hendrix performed just 3 times live is quite special.