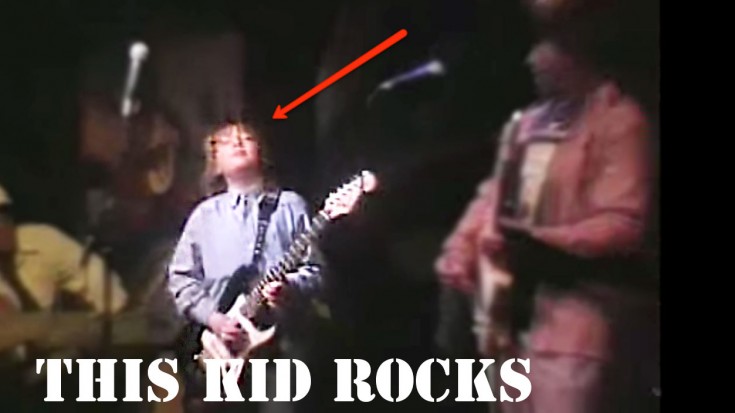 We all know the blues prodigy Quinn Sullivan and this year, he’s turning 17. Ever since he appeared on The Ellen DeGeneres Show when he was six, he’s been making a name in the music industry. He has shared the stage with Buddy Guy, the late B.B. King, and Joe Bonamassa and has appeared on various TV shows. He even played during the Crossroads Guitar Festival in 2013. Not surprisingly, he had a guest appearance in “Skin Deep” — a blues studio album by his mentor Buddy Guy which was nominated for Best Traditional Blues Album during the Grammy Awards.

This video shows a 9-year-old Quinn ripping SRV’s “Texas Flood” at Buddy Guy’s Legends in Chicago, Illinois. It’s pretty obvious the kid is already great for his age. We’ve got so much respect for him and his music. And we love the fact that it’s people like him — those from a younger generation — who keep the blues alive. Show ’em what you got, Quinn! 🙂