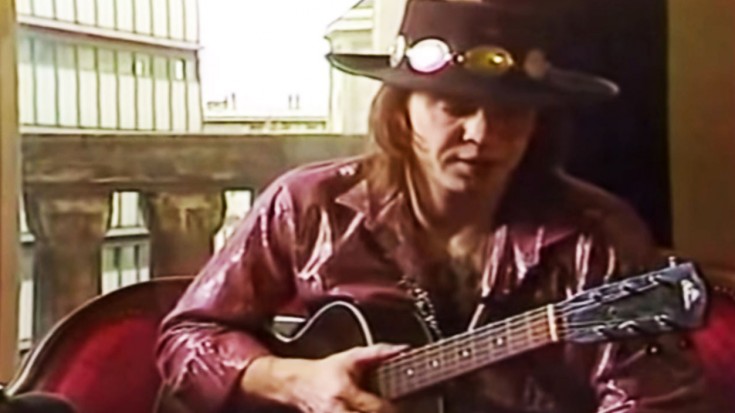 SRV- Blues Legend Jams Out On The Acoustic

In this clip, Stevie sits down and just goes off on a little jam session. You know, the thing that Stevie is probably best in the world at. At this point, he had been playing for 22 years already, and 16 as a professional. It’s obvious how deep Stevie’s passion is for rhythm and blues is, as he has his head down, deep drowning in the moment as turns his guitar into a stage.

Stevie was raised in the Oak Cliff part of Dallas, Texas and when battling addictions drug/alcohol related, returned there to escape temptation and addiction in 1986. Oak Cliff is a town with quite a few interesting stories. The song “Tick Tock” is engraved in a train station in Oak Cliff as well. The first 7-11 was started in that town and is also where the infamous Bonnie and Clyde met. And probably its most notorious resident would include Lee Harvey Oswald.

One of things you might notice about SRV and the way he play is, he plays heavy! Meaning, that the strings he uses are literally about as thick as bass strings. Lots of hardcore fans know this and if you’re a guitarist, you could probably appreciate how much of a challenge that could be.