RARE: Steve Vai Shreds With Brian May In This Performance Of “Liberty”! 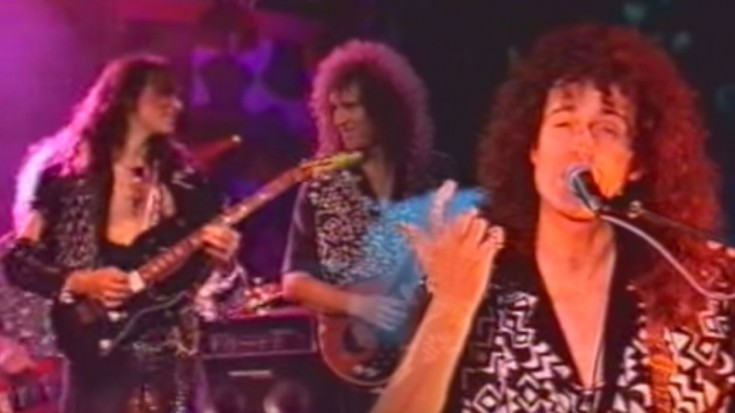 From One Generation To The Next!

Brian May has basically written the instruction manual on how to be a legendary rock guitarist. He is single handedly responsible for creating some of our most beloved rock anthems that we recite like hymnals to this day. Brian May is also known for sharing the stage with up and coming guitarists and making them into rock icons. This example is no different.

What you’re about to watch is Brian May bring a young Steve Vai to the stage to perform one of his song Liberty. But the truly spectacular part is that Brian May actually plays the song WITH him!

Brian May is a true musical gentleman. He sacrifices some of his own stage time to uplift a young upcoming guitarist in Steve Vai, who if you don’t know by now is now one of the leading authority figures in rock guitar.

This performance definitely distinguishes itself from others like it. Two rock legends sharing the stage. Both equally awesome and equally deserving of their success. Now watch and be amazed as these two legends shred to Liberty!