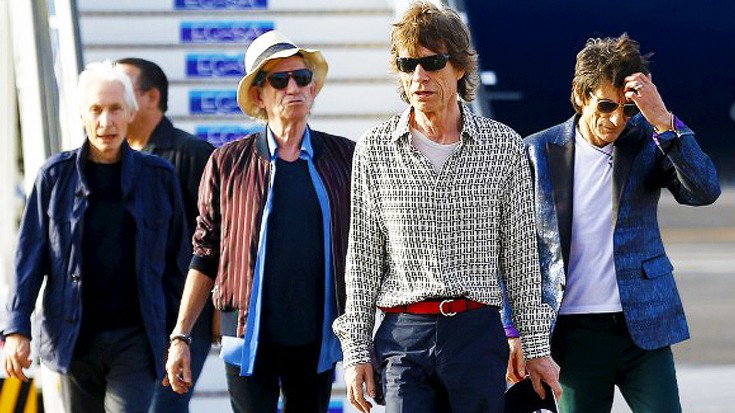 Til Death Do Them Part

Rolling Stones guitarist Keith Richards has answered a question that fans of the rock legends have been questioning forever. In a recent interview with NME, Richards revealed that he and the band intend on being together until they die! The band are in the process of finalizing their upcoming album, and Richards believes that age won’t be stopping them anytime soon. Claiming that the new album will be the band’s best work in years, he went on to elaborate that “bands” stick together for life, while “groups” tend to be around for a short period of time before they break-up or become irrelevant.

“They’re not really bands if they don’t last; they’re groups. We’re a band and a real band sticks until it dies. These bands, they become big, but they’re generational, just for their one decade. They literally go when their testosterone goes.”- Richards expressed.

Hey, they’ve still got it, so you really can’t blame them for wanting to do what they love up until the day they die. It’s also super impressive that the band has been able to stick together through all these years. Like Richards said, most bands (or groups) only last a few years before problems happen, people go solo, or other entities prevent them from carrying on. The Stones have debunked this common trend and continue to still rock into their 70s. Speaking of still “having it,” it was announced last week that Mick Jagger will be a father once again at the age of 73, as he and 29-year old ballerina Melanie Hamrick are expecting.

Here’s hoping the Stones will keep rocking for years to come! Check out the video of them performing in Chile earlier this year down below!