Gavin DeGraw Turns Up The Heat For Blazing Hot New Single, “She Sets The City On Fire” 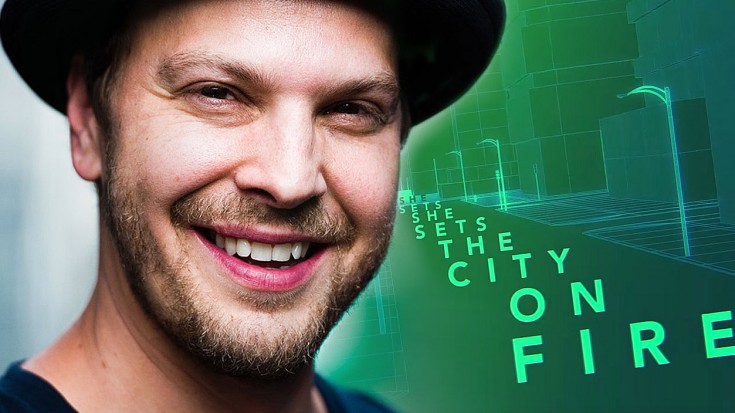 Debut Single From Upcoming Album, Something Worth Saving

We don’t need the weatherman to tell us that this summer’s going to be a hot one – Gavin DeGraw just ensured the hottest summer on record with the release of his highly anticipated new single, “She Sets The City On Fire”! His first single since 2014’s “Fire” and the leading single from his upcoming album Something Worth Saving, “She Sets The City On Fire” marks yet another milestone in Gavin’s evolution as a singer/songwriter and sees him exploring new sounds, new techniques and brand new ways to surprise and delight fans all over the world.

A fiercely catchy, upbeat tune about a goddess of a woman who absolutely slays everywhere she goes, “She Sets The City On Fire” was released Friday via Gavin’s official Facebook account and came hot on the heels of a series of cryptic status updates on social media, all hinting at something big on the horizon for the platinum selling singer-songwriter.

Grab my single “She Sets The City On Fire” now over on @AppleMusic https://t.co/rcwrqoEgCz pic.twitter.com/M7b2m7BERb

From artfully crafted teaser videos and Twitter updates promising “good news” to photos of Gavin in radio stations, the frenzy surrounding the release of “She Sets The City On Fire” was at a fever pitch by the time the song dropped Friday morning, giving way to a song that quickly proved to be everything a summer anthem and brand new single should be – bright, happy, fun and impossible to forget.

With just a few short weeks left to go before Gavin’s North American Fall Tour kicks off, we can’t think of a more perfect way to get ready for the festivities than with “She Sets The City On Fire” and the visually stunning lyric video that accompanies it. You can join in on the fun by checking out the video below and while you’re at it, be sure to get the single now on iTunes, Apple Music, Spotify, Amazon and Google Play so that you can crank it up all summer long!

Gavin DeGraw’s new single “She Sets The City On Fire” is available now on Itunes, Apple Music, Spotify, Amazon, and Google Play for Android users. Get it now!