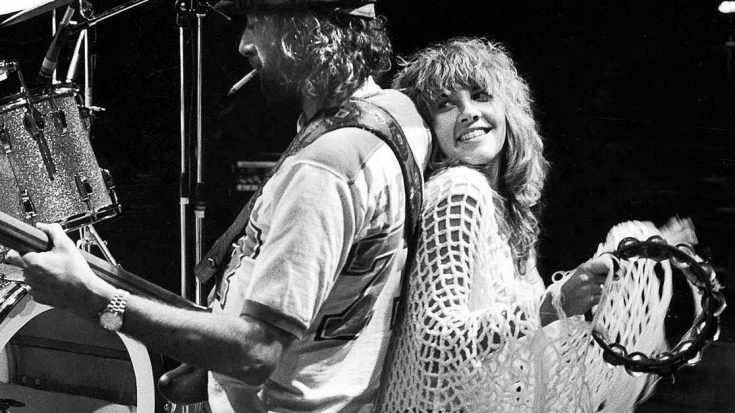 Preparing For The Rumours World Tour, 1977

When the drama in Fleetwood Mac heightened shortly after the release of Rumours, rehearsal time became even more sacred; they weren’t just running through songs they could play in their sleep, they were reinforcing a bond that only comes with watching songs come to life and remembering how to work together despite their turbulent relationships. In the footage you’re about to hear, there’s an actual Fleetwood Mac rehearsal taking place just before the band embarked on their critically acclaimed Rumours tour in early 1977.

Caught on tape, we can hear Christine McVie, John McVie and Stevie Nicks delivering entertaining commentary on their roadies, but as soon as Lindsey Buckingham brings “Go Your Own Way” to life, it’s all work from there as the band joins in, treating this sacred rehearsal time as seriously as they would an actual live show.

Fun Fact: The Rumours world tour saw Fleetwood Mac on the road from February 24, 1977 to December 10 of that year, hitting North America, Europe, Japan and Oceania.

What makes this clip so great is hearing the teamwork that goes into making a song like “Go Your Own Way” happen – you never realize how intricate the guitar work actually is, and this rehearsal audio is sure to make you appreciate Fleetwood Mac’s attention to detail and out of this world live performances even more!