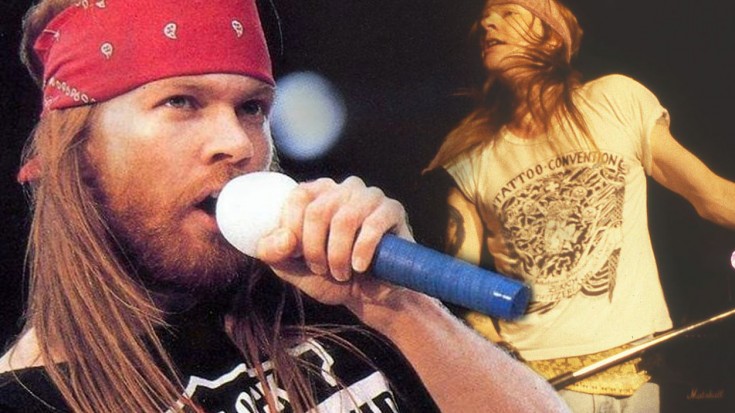 It’s hard to imagine any version of Guns N’ Roses’ ‘Sweet Child O’Mine’ that isn’t the upbeat, rowdy version that we’ve come to love – but as with any other masterpiece, even this one had humble beginnings! Beginning as Slash’s simple warm-up consisting of a string-skipping exercise, the rendition of ‘Sweet Child O’ Mine’ that we hear in this audio is noticeably slower – almost like a ballad rather than the uptempo rager it eventually became.

Even Slash’s solos seem a little more subdued in some places, and this rendition feels like the band was kind of testing it out to see if they even liked it enough to record it, much less make it a single.

Fun Fact: Axl Rose based it on his then-girlfriend Erin Everly, and declared that Lynyrd Skynyrd served as an inspiration “to make sure that we’d got that heartfelt feeling.”

As far as demos go, this is definitely a great find! There was a time when Axl Rose was a perfectionist and material wasn’t released until he was absolutely in love with it, and this rendition of ‘Sweet Child O’ Mine’ is a testament to that fact. Thankfully, while this demo is a great blast from the past, it wasn’t the final version. Somehow I don’t think it would have had the same impact!