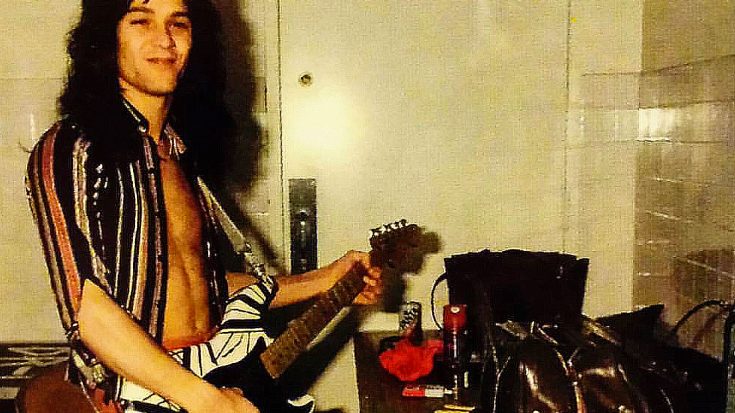 For fans of Eddie Van Halen or any spectacular musician for that matter, the mystery isn’t in what goes on behind the scenes and on the tour bus – it’s in their talent and what they do to prepare in that last 5, 10, 15 minutes before the curtain goes up and they’re faced with thousands upon thousands of screaming fans. Thanks to the Van Halen News Desk, we no longer have to wonder how Eddie prepares for shows; they’ve just released some pretty rare audio of Eddie shredding for a solid 5 minutes before Van Halen hit the stage one night in 1984, warming up with songs like “Panama” and “Jump” and just shredding to get the blood flowing before another sold out show kicks off.

Fun Fact: In 2004, Eddie buried his yellow and black striped Charvel ‘Bumblebee’ with late Pantera guitarist Dimebag Darrell, who was a tremendous fan of Van Halen.

Where some guitarists need absolute peace and quiet before they go on, not bothering to warm up with songs they’ve played night after night for years, Eddie differs in that for him, not warming up can mean the difference between a great show and a so-so show and after spending so many years idolizing him and hearing the passion and years of practice in his playing, a mediocre performance from Eddie Van Halen is absolutely unacceptable! Take a listen in the audio below and as always, let us know what you think!