After 40 Years, Carlos Santana Enjoys An Emotional Reunion With A Vital Piece Of His Past 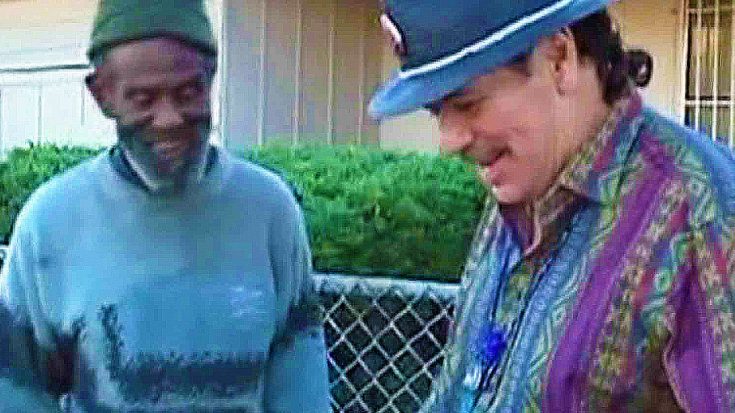 At Society of Rock, we’re not what you would call “criers” – but truth be told, this video made us so incredibly happy that we’d be lying if we said we didn’t tear up a little! In 2013, a homeless man named Marcus Malone was living on the streets of Oakland, California when a chance meeting with KRON-TV field reporter Stanley Roberts resulted in a surprising revelation: not only was Marcus not always homeless and doing landscaping jobs just to get by, he was once the drummer for Santana, appearing on tracks like “Soul Sacrifice” and “Evil Ways” before a lengthy prison sentence derailed his career shortly before the band played Woodstock in 1969.

Reporter Stanley Roberts couldn’t believe that this man once played alongside the great Carlos Santana, and set to work arranging a meeting between the two – their first in over 40 years and a literal Godsend for Marcus, who’d been praying for decades to meet his friend again.

You guys, if this footage of Carlos Santana surprising Marcus “The Magnificent” Malone after 40 years doesn’t put a catch in your throat and restore your faith in humanity, I don’t know what will. The look on Marcus’ face when he hugs Carlos for the first time and says, “You don’t know how hard I prayed to get to see you” alone is enough to shake even the most stoic of viewers in the absolute best of ways. See their emotional reunion in the footage below!