Man Covers Jimi Hendrix’s ‘Purple Haze’ & Shreds A Jaw-Dropping Solo You Have To See To Believe! 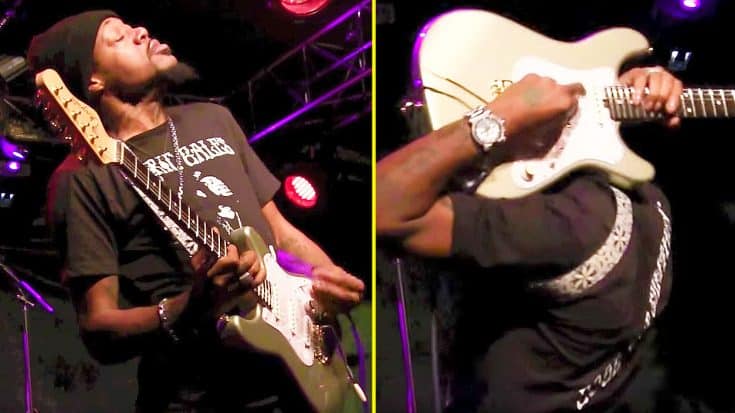 It’s pretty much impossible to make a Jimi Hendrix song your own. However, guitarist Eric Gales defies the impossible in his Hendrix covers, especially in this cover of “Purple Haze.” Gale alters the intro slightly, shreds multiple solos through the song, and alters the lyrics slightly. But don’t worry, Gales still embodies that entire Hendrix style. His guitar playing is so similar to Hendrix’s unique and revolutionary playing style, and his voice matches up pretty well. Gale takes this full-blown rock track and changes it up into a half rock, half blues jam.

Gale even plays his guitar left handed like Hendrix did, and even busts out some of Jimi’s old tricks like playing the guitar behind his head. Not only that, he plays a Stratocaster, and opts to play a right handed guitar upside down just like Jimi! Gales is a fantastic guitarist, and is known for his solos. His skill shines on this song, and those in attendance might have caught a glimpse of what it would’ve been like to experience Hendrix back in the day!

Check out the video of Gale’s epic cover of “Purple Haze” down below and let us know what you think!