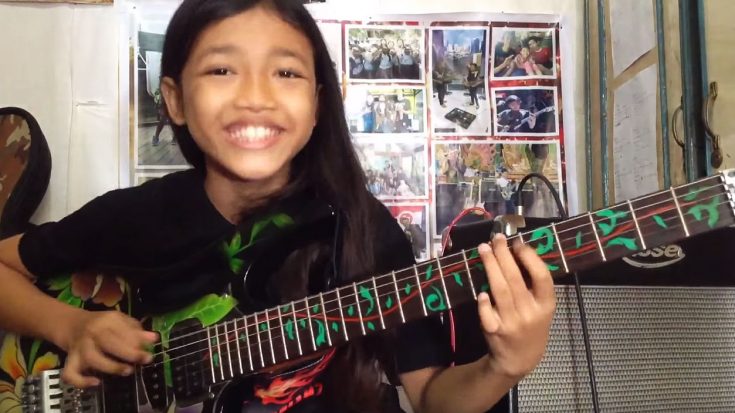 Ayu Gusfanz Is Back At It Again!

It’s been said before, especially by us that Metallica has certainly asserted themselves as THE most popular American heavy metal band of the 80s-90s. It’s also been said, again, by us that they are the golden standard for learning heavy metal guitar. So all that being said, you could say that 10 year old Ayu Gusfanz has met that exact golden standard when she learned how to play Metallica‘s Enter Sandman, but we’ll even go as far as to say that she set the bar EVEN higher!

What you’re about to watch is adorable 10 year Ayu Gusfanz pick up her guitar and absolutely CRUSH Enter Sandman. Her technique is flawless, and her soloing is, as the kids say now days… On The Money!

This little girl has a future in the music business for sure. It’s only a matter of time before this girl gets discovered and she becomes the biggest attraction since The Beatles. You hear that, Capitol Records? Sign this girl!