Ranking The 15 Pink Floyd Albums According To Greatness 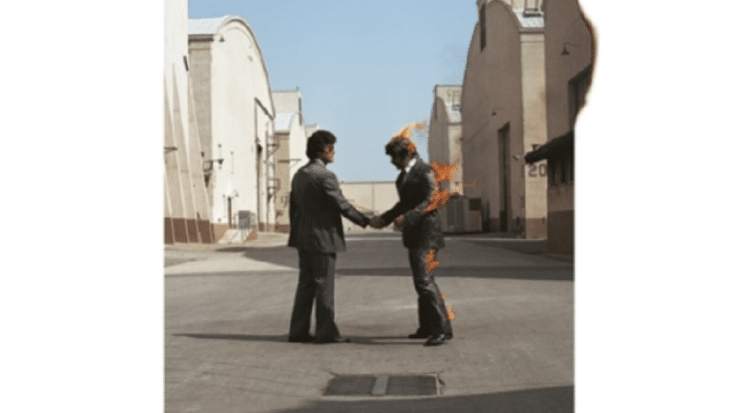 Since their formation in 1965, Pink Floyd has released a total of fifteen studio albums. Several of these achieved classic status and helped set the template for the next generation of rockers. Let’s take a look at these records and rank them from worst to best:

Their first album with founding member and former leader Syd Barrett, it was a top ten hit but had a sub-par quality. They were still finding their way without Barrett and it showed in the album that was neither cohesive nor focused. Though it’s peppered with imperfections throughout, it did feature Pink Floyd’s heaviest sounds.

Barrett was more than a leader to Pink Floyd, he also took over their musical and creative direction and so with him gone, they were still trying to find their footing. This double album had live recordings on one disc and on the other, the members’ solo compositions. The record is all over the place, it’s chaotic and not in a good way.

The final Pink Floyd album, it’s not as bad as most people make it out to be. Arguably, it’s not in the same league as their best works but it does have its moments of beauty. Taken from 20 hours of leftover material from “The Division Bell” sessions, it’s like a trip down memory lane for the fans as the LP touched on several of the band’s previous works. It’s a nod to their musical landmarks.

This serves as a peek into their genius. It’s their jumping off point because at the time, they already began working on the magnum opus “The Dark Side of the Moon”. It does have weak moments and throwaway songs but all things considered, it’s still an important album in their catalogue.

The last album with Roger Waters and the only one without keyboardist Richard Wright, it’s more appropriate to call this a Roger Waters album than Pink Floyd’s. Both Nick Mason and David Gilmour had so little contribution which basically showed that they were simply done with working as a team. It’s typical Waters work – full of vicious rants and powerful statements.

Their first album following the departure of Roger Waters, Waters fought the band for the rights to their Pink Floyd name. It was messy and only added to the rift between him and Gilmour. The latter was finally in control and while it may pale in comparison to their other records, it’s still quite good all things considered.

Although it was commercially successful, both Waters and Gilmour have expressed their dissatisfaction with this record. It’s ambitious and enjoyable enough. Especially the title track which clocks in at over 23 minutes, it’s a fascinating piece of music that showcased their brilliance.

During the recording sessions, Syd Barrett’s mental health was on a downward spiral. He was becoming increasingly unreliable and unpredictable so David Gilmour tried to make up for whatever he lacked. The entire band was weighed down by Barrett. Nevertheless, the album still hinted at their great potential as far as making amazing music goes.

Even without Waters, they still sound like typical Pink Floyd. It’s not as cohesive and tight as when Waters was still with them but they proved that they could hold their own especially with Gilmour taking over.

Without a doubt, Syd Barrett was a mad genius. He never subscribed to what would appeal to the masses and instead, he created music that he liked. Pink Floyd’s debut LP is magical and hypnotic. It’s one of the last great psychedelic rock records that truly deserved its classic status.

Their series of experiments paid off with songs like “Echoes” and “One of These Days”. It hinted at their great potential and it’s more focused than any of their albums up to that point. The music is beautiful and at times, haunting. “Meddle” highlighted the fact that Pink Floyd was ahead of their time and they were still on their way to making much greater things.

It contained Pink Floyd’s social and political commentary courtesy mostly of Waters. Tension was high between the members though with Wright being booted out of the band two years later. Though mostly dominated by Waters, his bandmates also shined with their stellar musicianship.

It’s concise and it showed the band at the peak of their creative powers. It’s a stunning album from start to end. There was no filler, no weak musical moment. It took a lot to follow up the tour de force that “The Dark Side of the Moon” but not only did Pink Floyd rise to the challenge but they proved they weren’t done dropping landmark records.

Their experiments in the ’70s led to this masterpiece. The narrative, arrangements, musicianship, and delivery – it’s hands-down one of the best albums to come out of the ’70s. It’s a musical journey and experience unlike any other.

They broke new sonic grounds with this LP. It’s bold and ambitious but they achieved everything they aimed for. It touched on mental health which was a sore spot for the band because of Barrett. Almost five decades later, it still manages to thrill the listeners.