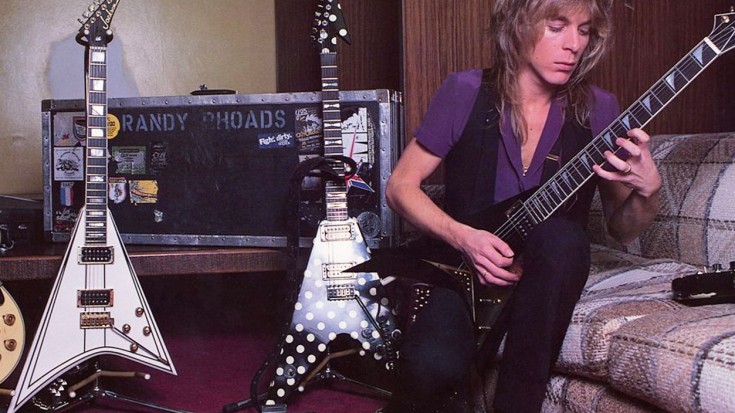 Like so many, my first exposure to the gift that was Randy Rhoads was of course Ozzy Osbourne’s “Crazy Train”. Even as a kid I had no idea how one man could make a guitar sing the way that Randy did, and I’m not even talking about the solo – I’m talking about the ascending runs up and down the fretboard at the song’s chorus and the way Randy made an impossible dirty guitar tone sound just work. Now, with audio footage of Randy’s “Crazy Train” guitar track on its own from the Blizzard Of Ozz sessions, we’re able to really hear and for the first time appreciate the magic he created with a guitar in his hands.

Praised for his use of the full minor scale for the song’s main riff, it’s no wonder Randy’s guitar work on “Crazy Train” is still so critically acclaimed; it’s a winning studio performance from a genius that knew how to walk the fine line between technique and feeling, and a testament to the legacy he crafted in such a short period of time. Check it out in the audio below!