Angus Young Opens Up About The Future Of AC/DC, Reveals Possible Plot Twist 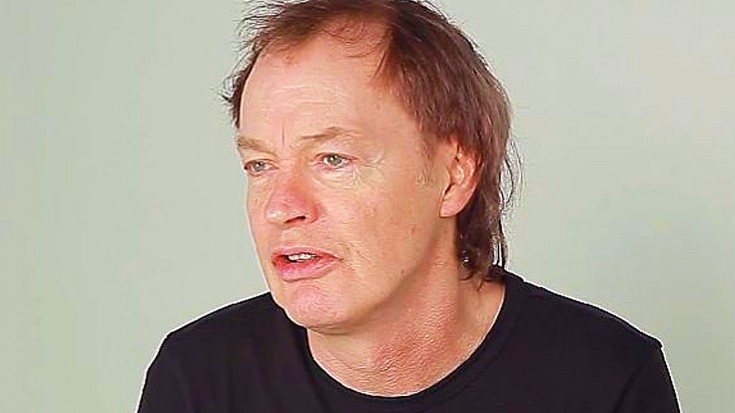 “We Wanna Finish It.”

With their Rock Or Bust tour slated to wrap later this year, the future of Australian rock legends AC/DC is up in the air. Brian Johnson may not be able – or even want – to come back when the dust finally settles and while Angus Young, Chris Slade, Cliff Williams and Stevie Young insist that they do really want to keep going as far as they can for as long as they can, they’ve openly admitted that they aren’t sure what the road ahead holds for AC/DC and have avoided any kind of speculation as to their future where Axl Rose is concerned.

Until now, that is. This week Angus revealed that the band’s interim singer Axl Rose has actually expressed the desire to stay on with AC/DC long after Rock Or Bust wraps – that is to say, permanently.

“We were committed to finishing this tour, so that’s been our main goal, and Axl’s helping us,” Young told NDR.de.

“I know he’s very excited. He keeps saying can he do more? But we don’t really know at the end how we will [proceed]. But we wanna get [through] this tour, which we were committed to doing. We wanna finish it.”

That’s not to say that Axl wouldn’t be welcome. Bassist Cliff Williams and Angus Young have had nothing but great things to say about Axl, celebrating the “fabulous job” the Guns N’ Roses singer has done so far, always professional and consistently bringing his A game to every stop on AC/DC’s European Rock Or Bust tour despite fears from fans that they’d only see a repeat of Axl’s previous misbehavior.

Wow – that would be a tremendous plot twist for the biggest band in rock, wouldn’t it? While we understand that retirement knocks at the door of even the most seasoned of rockers, we’d be lying if we said we didn’t want to see AC/DC go out with a bang – even if it means Axl’s the one ushering in their final chapter instead of Brian.