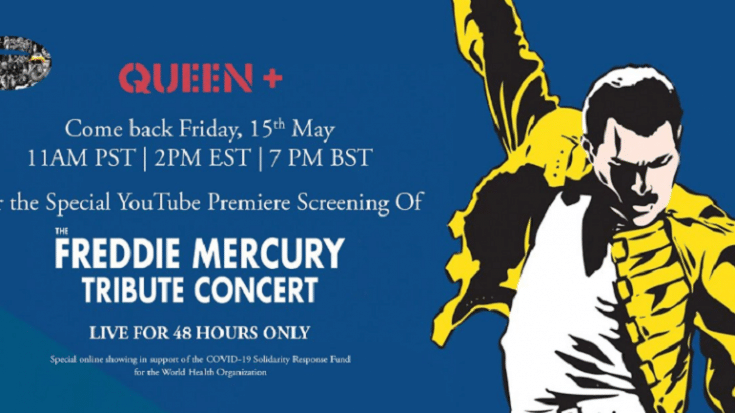 Queen will stream the 1992 Freddie Mercury Tribute Concert for AIDS Awareness on their YouTube channel this Friday, May 15 starting at 2 p.m. ET/11 a.m. PT. It will only be available for viewing for 48 hours. The livestreaming aims to raise funds in support of the COVID-19 Solidarity Response Fund for the World Health Organization. Google will match $2 for every $1 donation, up to $5m.

The show took place on Monday, April 20, 1992 at Wembley Stadium – just a couple of months after Mercury’s death due to AIDS-related complications on November 24, 1991. The star-studded lineup performed in front of 72,000 people in the audience and over a billion viewers tuning in to their TV sets.

The profits were used to launch The Mercury Phoenix Trust which has donated around $20 million over the years to various projects in different countries in the continuing fight against AIDS.

Meanwhile, Queen + Adam Lambert may have been forced to postpone their tour and move the dates to 2021 but the band still finds ways to keep themselves busy especially May. They released their lockdown version of “We Are The Champions” to raise money for WHO’s COVID-19 relief efforts.