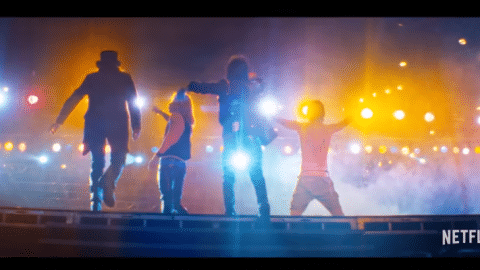 Mötley Crüe is set to host a Twitter watch party for Netflix biopic ‘The Dirt.’ It’s scheduled on Friday, May 15 at 4:00 pm PST. Aside from the band, there will also be special guests. They will provide commentary on the film and fans can follow by using the hashtag #stayhomesweethome.

Mötley Crüe’s biopic “The Dirt” was released on Netflix on March 22, 2019. It was based on their best-selling autobiography The Dirt: Confessions of the World’s Notorious Rock Band. Starring Douglas Booth (Nikki Sixx), Machine Gun Kelly (Tommy Lee), Daniel Webber (Vince Neil) and Iwan Rheon (Mick Mars), it took a long time for the film to finally hit the screen. Critics were underwhelmed and unimpressed with the movie but it was so successful that it convinced Mötley Crüe to come out of retirement and return to touring.

Tommy Lee told Rolling Stone, “There’s comedy, there’s tragedy, and it’s a f**king roller coaster emotionally. There’s bummer stuff, some fun, stupid sh*t, and it’s the whole gamut of what the hell we went through then.”

And as to the highly anticipated stadium tour with Def Leppard, Poison, and Joan Jett and the Blackhearts, there’s been no official cancellation and based on their joint statement, they’re set to give an update this June 1.

Watch #TheDirt with the Crüe & special guests on Netflix this Friday 5/15 at 4pm PST! Follow along with special commentary right here on Mötley Crüe's twitter using the hashtag #stayhomesweethome