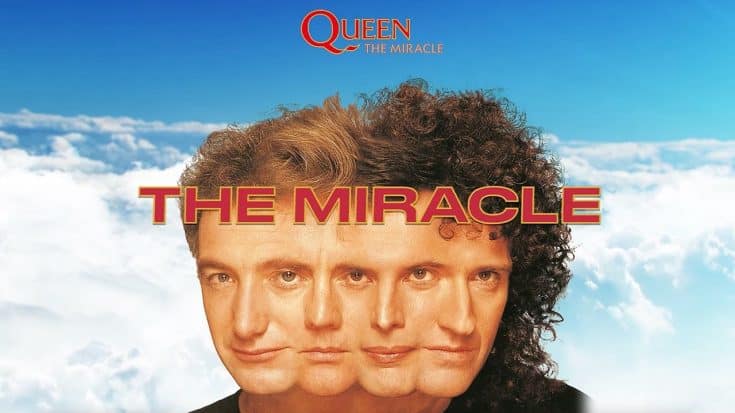 Queen is streaming a new lyric video for the title track of their album, “The Miracle,” in advance of its box set release on November 18.

Sessions for what it would become the UK band’s thirteenth studio album began in December 1987 and continued until March 1989. For the first time, Queen would share songwriting credits equally, regardless of who developed each song, a consensus that was to deliver quality results. Brian May said:

“Splitting the credits was a very important decision for us.

“We left our egos outside the studio door and worked together as a real band – something that wasn’t always the case. I wish we’d done it 15 years before.”

Queen created more than 30 songs during the studio sessions; ten tracks were chosen for the final album, with others later appearing as B-sides or solo tracks, or carried over to the other albums, in Innuendo and Made in Heaven.

Released in the spring of 1989 with the lead single, “I Want It All,” The Miracle went on to achieve No. 1 in the UK and several major European markets while re-establishing the band in the US where it delivered their fourth consecutive gold album in the region.

Queen The Miracle Collector’s Edition is a box set that features original takes, demos, and rough takes of the full album plus six additional previously never before heard tracks – including the recently released “Face It Alone.” Check out “The Miracle” below.