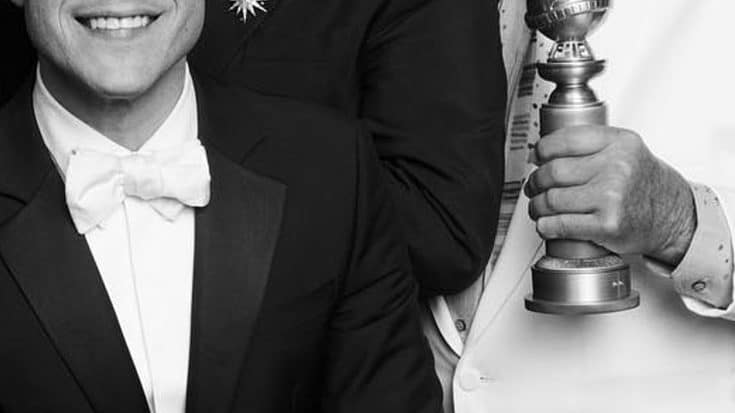 Though we all knew that ‘Bohemian Rhapsody’ deserved these two awards, no one really expected it to get them due to rock & roll historically being snubbed at award shows. However, us classic rock fans all over the world can now rejoice that this impeccable film got its due.

If there’s one thing we know for sure it’s that Freddie Mercury was smiling during the whole event. This film was not just a biopic of Freddie, it was a celebration of his life, music, and legacy. Freddie would’ve loved it.

To cap off such a remarkable night for Queen, the band shared a photo and it’s everything any Queen fan would’ve hoped for.

"We're family. We believe in each other. That's everything." – Freddie Mercury?Paola Kudacki

“We’re family. We believe in each other. That’s everything.” – Freddie Mercury.

To me, that quote and photo sums up everything about Queen. I think we can all agree that this film deserved more awards than it actually got, but it’s still great to know that there was no other film that deserved the two awards they got more than ‘Bohemian Rhapsody’.

Now that the Oscars are right around the corner, we can only hope that this film will get the recognition it deserves from the Academy like it did the Golden Globes, but needless to say, I think there’s a great chance that’ll happen!