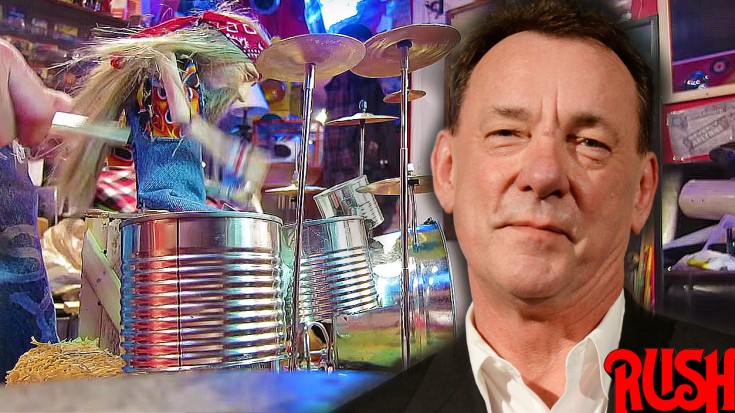 Chops Sawyer: Not Your Average Puppet

This is probably the coolest thing you’ll see all day; it’s a puppet nailing Rush’s ‘Tom Sawyer’!  It’s hard enough for most human drummers to do it on a standard kit, but the puppet nails it on a tiny drum kit! The puppet, named “Chops” was made by New Jersey classic rock fan Ricky Syers, who blended his love for rock with his love for puppet making to create a rock show like nothing you’ve ever seen.

In fact, Chops even looks kinda like Neil Peart in the early 80’s!

This is definitely something you have to see to believe: Chops (or, Syers playing tiny drums) is so fast while playing ‘Tom Sawyer’ that at 2:30 you become worried that his little wooden arms are going to pop off!

The world is, the world is
Love and life are deep
Maybe as his skies are wide

No, his mind is not for rent
To any God or government
Always hopeful yet discontent
He knows changes aren’t permanent
But change is

The world is, the world is
Love and life are deep
Maybe as his eyes are wide