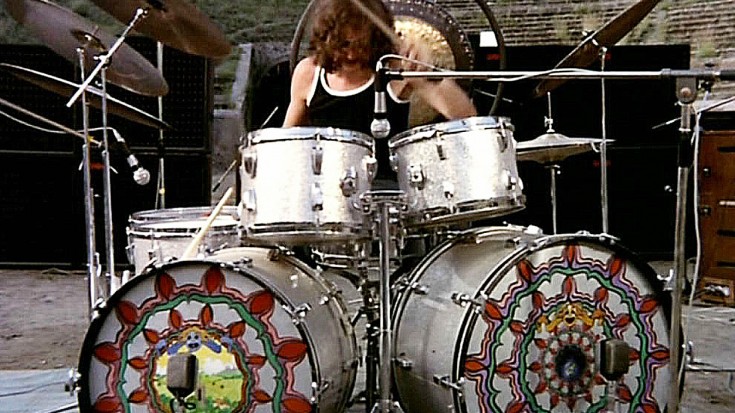 In the chaos that was Pink Floyd at times when Roger Waters and David Gilmour were engaged in one of their legendary struggles for power, it was easy to overlook the band’s quieter members like drummer Nick Mason. Mason contributed a great deal to the Pink Floyd sound with drum fills that were simultaneously rhythmic and musical, and drum solos such as this one from the band’s iconic show in Pompeii are great examples of Mason’s unique approach to drumming.

This fantastic compilation that includes Mason’s drumming in ‘Echoes’, ‘Set The Controls For The Heart Of The Sun’, and ‘One Of These Days’ makes it hard to not count Mason among the ranks of other iconic classic rock drummers.

His playing style may be a little more classical than the rowdy, breakneck approach we saw from Keith Moon or John Bonham, but what he lacks in flair he definitely makes up for in passion and skill!