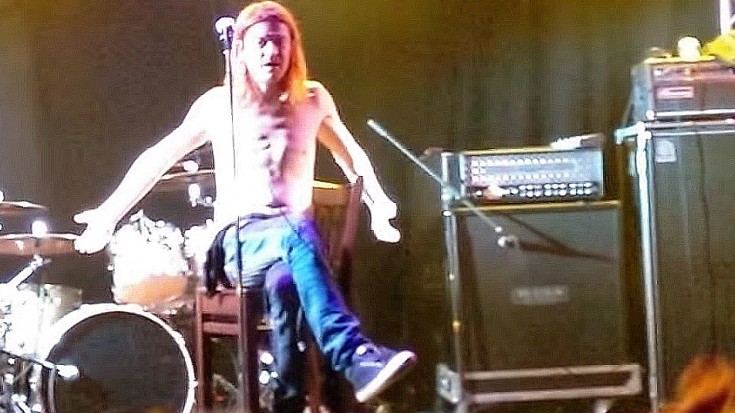 I’ve NEVER Seen This Happen Before!

Things got a little heated at last week’s Puddle Of Mudd concert in Doncaster, England when Puddle Of Mudd singer Wes Scantlin went on a rant that sent his bandmates packing – literally!

The concert started without a hitch, but quickly derailed as Scantlin launched into a tirade that forced his bandmates to finally storm offstage in frustration. Then, 500 fans, including one particularly upset man holding the camera, begin to scream at Wes – calling the singer a ‘disgrace’ and cussing him out almost relentlessly for yet another failed show.

This is the third time this year that Puddle of Mudd have not completed a set. In February, Scantlin accused a fan of stealing his house, ending the show on an abrupt note. Just two weeks later, another show was cut short after he berated the sound man and refused to carry on with the remainder of the gig. Wow…if that’s not rock and roll, we’re not sure what is!

Check out the insanity in the footage below!