Hear Skynyrd Get The Blues In Scorching Nod To JJ Cale, “I Got The Same Old Blues” 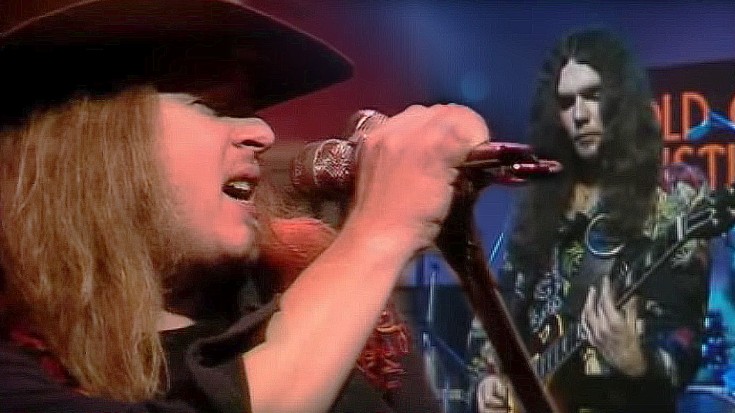 Apparently, one of Lynyrd Skynyrd’s first European audiences thought so too; in 1975, the boys appeared on the Old Grey Whistle Test, bringing their brand of Southern rock to a brand new audience. Judging by their silence when Gary opens with that gorgeous little slide lick and their furious applause at the end, Lynyrd Skynyrd’s foray across the pond was wildly successful.

There’s so much to love about this performance; Ronnie Van Zant had this amazing way of projecting his own life experiences when channeling blues singers that inspired him, and paired with the band’s two guitar attack from Gary Rossington and Allen Collins and that piano lick from Billy Powell that was equal parts jazz club Saturday night and church on Sunday morning, “I Got The Same Old Blues” followed in the same pattern as every other cover blessed by Skynyrd. It was so good that you forget there was ever anything else before it, and while it stayed true to the original, the flavor added by Lynyrd Skynyrd makes for a bluesy jam that you just can’t miss!