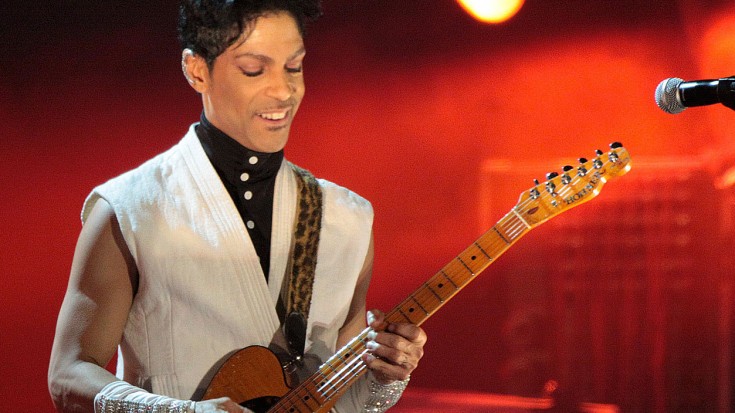 Footage Surfaced Hours After His Death

The days since Prince died at age 57 may have largely been devoted to celebrating his genius as a musician and songwriter, but it’s his gift as a guitarist that’s got the whole world talking. As the tributes continued to roll in over the weekend, so did one piece of footage that had never been seen before, courtesy of YouTube user “Christopher Upton”. Captured on film was a rare, 2002 performance in Las Vegas that features Prince performing an explosive take on Led Zeppelin’s “Whole Lotta Love” and saluting guitarist Jimmy Page’s psychedelic, late-Yardbirds-era style of playing with an out of this world solo that kicks off right around 0:57.

Sure, Prince was a student of life and found inspiration everywhere he went; that’s part and parcel of what made his music so extraordinary – but what he’s done with this Led Zeppelin classic is nothing if not a testament to his talents as a guitar player and also to the fact that Prince was possibly one of the most well-rounded performers to ever grace a stage.