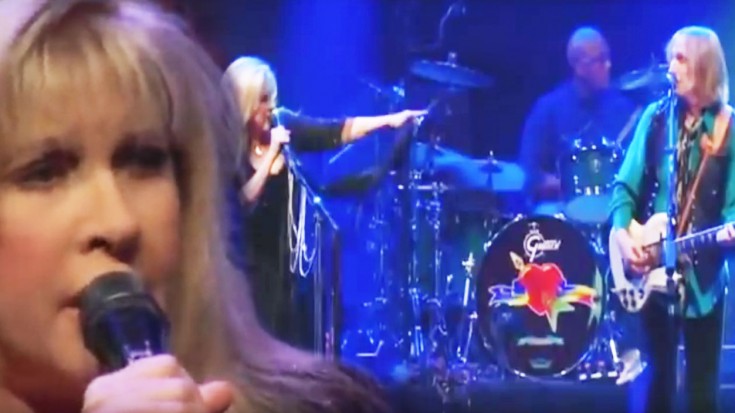 Best friends Tom Petty and Stevie Nicks wow the audience by playing 1981 hit “Stop Draggin’ My Heart Around” for the first time in 30 years! Stevie, beautiful as ever, delivers flawless vocals that leave our jaws on the floor…

With so much history behind this song, “Stop Draggin’ My Heart Around” was written for Stevie by Petty after she requested that he create a ballad for her to release on her Bella Donna album. Although he thought she was joking, he invented this and another musical masterpiece called “Insider” for Stevie and she fell in love with both singles.

Interesting Fact: Nicks wanted Petty to produce Bella Donna. He gave it a shot, but it didn’t work out and Jimmy Iovine was brought in. This created an interesting situation as Iovine and Nicks began living together while they were making the album.

Although it did not work out for the two to finish Bella Donna together, they remain close friends and share a very special world together behind the mic. We love seeing these two perform together, especially with such a wonderful song with so much meaning behind it. Enjoy!