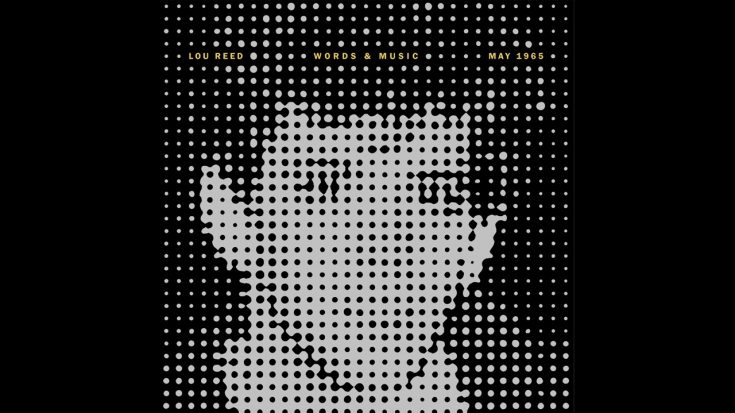 An unreleased demo of the song “Men of Good Fortune” from Lou Reed has recently come out.

“Men of Good Fortune” is set to appear on the first installment of the upcoming Lou Reed Archive Series, Words & Music, May 1965, which will be released on Sept. 16.

The song is different from the track with the same title that was featured on Reed’s 1973 album Berlin. The 1965 demo of “Men of Good Fortune” has a different lyrics and sounds closer to folk music. Reed’s archivists Jason Stern and Don Fleming said in a press release:

“‘Men of Good Fortune’ has every trademark of one of the traditional Child Ballads from England and Scotland dating back for centuries and passed on from person to person.

“They had rarely been documented in print but were finally compiled in Francis James Child’s landmark book, The English and Scottish Popular Ballads, published between 1882 and 1898. The Child Ballads were a great source of inspiration for folk artists in the early 1960s, with Joan Baez, Bob Dylan, Paul Simon and Fairport Convention borrowing heavily from the book. … It’s notable how the words to this version of ‘Men of Good Fortune’ could seemingly fit right in as a variant of a Child Ballad, but it doesn’t appear to borrow lines from the book or other songs, traditional or popular. Reed sings and plays the song alone.”

Words & Music, May 1965 will feature demos of Reed he recorded with his then-future Velvet Underground bandmate John Cale. He mailed the recordings to himself and labeled it as “poor man’s copyright,” and was later found sealed for close to 50 years until they were discovered in Reed’s office after his death in 2013.

Part of those recordings are early versions of Velvet Underground songs, such as “Heroin,” “I’m Waiting for the Man” and “Pale Blue Eyes.” Stream the newly-released song below.