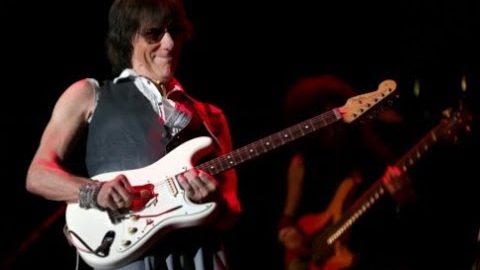 Jeff Beck has announced a U.S. tour in support of his new collaborative album with Johnny Depp, 18. The trek will run on fall, kicking off on Sept. 23 in Del Valle, Texas, and will go through Nov. 12 in Reno, Nev., with more dates to be announced later.

There will be guest acts joining Beck on the selected dates, including Ann Wilson on the first three dates and ZZ Top on the first six dates. Tickets will be available for sale to the public on Friday.

Meanwhile, Beck and Depp have been recently accused of stealing lyrics from an imprisoned man for their song “Sad Motherfuckin’ Parade.” The lyrics were allegedly lifted from “Hobo Ben,” an old toast or form of Black folk poetry. It was delivered by the late Slim Wilson.

It was then preserved by Bruce Jackson, who featured Wilson’s work in his 1974 book about toasts titled Get Your Ass in the Water and Swim Like Me and a 1976 album of the same name. A spokesperson for the 18 album team said:

“We are reviewing the inquiry relating to the song ‘Sad Motherfuckin’ Parade’ on the 18 album by Jeff Beck and Johnny Depp. If appropriate, additional copyright credits will be added to all forms of the album.”

In addition to his new album and upcoming tour, Beck was also featured on Ozzy Osbourne’s “Patient Number 9,” the title track and lead single off the Prince of Darkness’ new album, which will be released on Sept. 9.