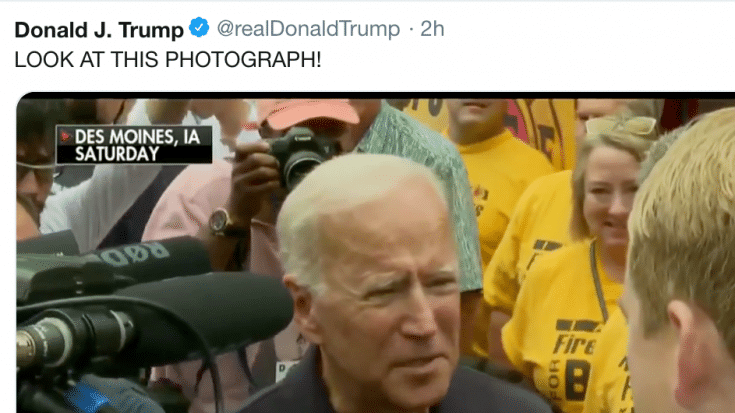 Just a couple hours ago, President Trump posted a meme “Look At This Photograph” from Nickelback on his Twitter. As you might not have known, the look-at-this-photograph video clip has been a meme for years somewhat mocking the lyrics from a song of the pop-rock band Nickelback. Seems like this tweet was aimed at Biden.

“Have you ever spoken to your son about his overseas business dealings?”

In which Biden replies:

“I have never spoken to my son about his overseas business dealings.”

LOOK AT THIS PHOTOGRAPH! pic.twitter.com/QQYTqG4KTt

Seems like the President really knows how to leverage social media and get points across to the masses because within just hours the tweet has received over 154k likes and 54k re-shares.