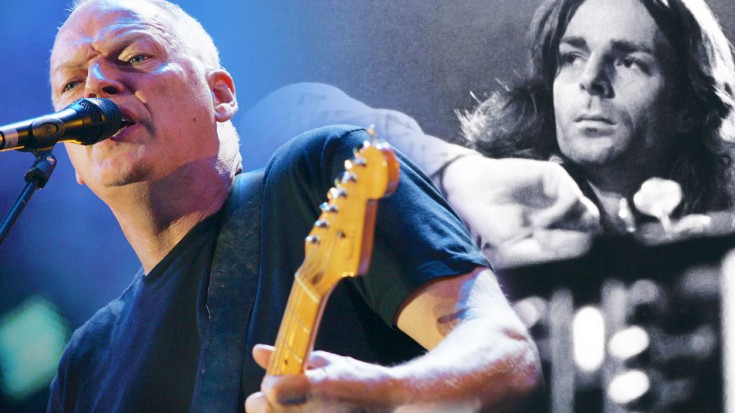 David Gilmour’s September 2008 performance on the BBC’s Later… with Jools Holland was supposed to be a duet; Pink Floyd keyboardist and lifelong friend Rick Wright was slated to join Gilmour onstage that evening, but tragically passed away the week prior after a brave battle with cancer.

Still reeling from the death of his friend of nearly 50 years, Gilmour performed the Wright penned and sung track ‘Remember A Day’ from Pink Floyd’s second album Saucerful of Secrets – the result was a moving tribute that perfectly celebrated the life and career of Pink Floyd’s unsung hero.

“His soulful voice and playing were vital, magical components of our most recognised Pink Floyd sound. Like Rick, I don’t find it easy to express my feelings in words, but I loved him and will miss him enormously. I have never played with anyone quite like him.” – David Gilmour on Rick Wright

Wright, who played keyboard and wrote music for classic albums The Dark Side Of The Moon and Wish You Were Here, died aged 65 after a short battle with cancer. Pink Floyd fans have him to thank for the band’s greatest masterpieces, and while he was the most reserved and shy member of the band, never competing with his bandmates for attention, it’s his contributions to the band that David Gilmour, Nick Mason, and even Roger Waters credit their success.

We miss you, Rick.

Sing a song that can’t be sung
Without the morning’s kiss
Queen, you shall be it if you wish
Look for your king
Why can’t we play today
Why can’t we stay that way

Blow away
Blow away
Remember
Remember