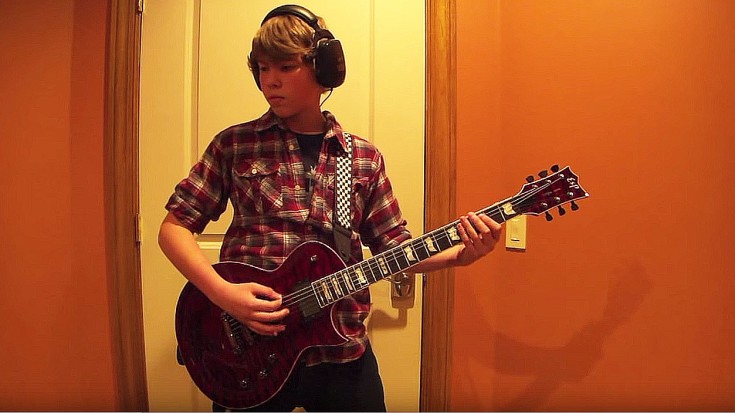 One of the biggest bands in rock, Rush is known for their complex sound that’s difficult to imitate; however, as 14 year old guitarist Jarrod Bolon proves in this video, maybe it’s not quite so impossible after all. We’ve seen Jarrod tearing through some of Metallica’s biggest hits, but this rendition of Rush’s ‘Limelight’ is one of our favorites!

“It’s funny: after all these years, the solo to ‘Limelight’ is my favorite to play live. There’s something very sad and lonely about it; it exists in its own little world. And I think, in its own way, it reflects the nature of the song’s lyrics – feeling isolated amidst chaos and adulation.”

Much like Rush guitarist Alex Lifeson, Jarrod is having a great time chasing melodies up and down his fretboard, showing that his technical skill extends far beyond just shredding and soloing – although Jarrod definitely nails that solo! If these are the hands in which we’re leaving the future of rock and roll, then we all can rest a little easier tonight!