Pink Floyd: The Man Behind “The Wall” 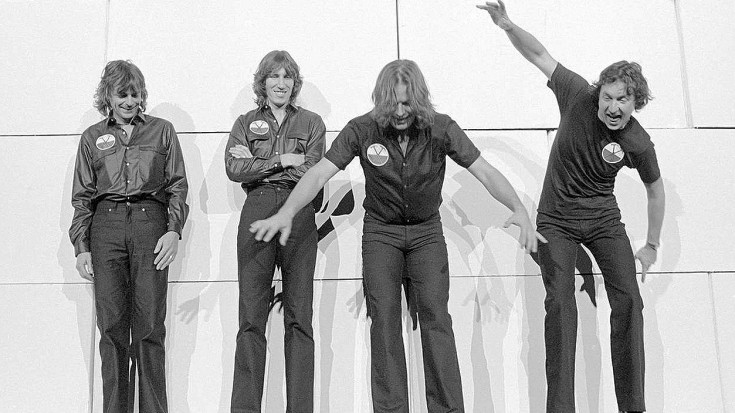 One of the most influential people behind Pink Floyd’s iconic album The Wall wasn’t even a member in the band. British illustrator Gerald Scarfe brought the critically acclaimed album to life through his art by designing the illustrations and co-directing the rock-opera film adaptation of the album, as well as sketching the album’s artwork/sleeve. Scarfe recalled the tasks in a recent interview, explaining that the album’s cover was just a sketch he finished in a matter of minutes.

“The cover didn’t take long, it’s just a grid, really. But we tried it in various different ways: there were dark black lines, there were soft grey line, big bricks, small bricks. The writing on the front was just written by me, very quickly.”-Scarfe explained.

Scarfe went on to explain that there was concern on even putting the script on the cover, in fear that they would blemish the purity of the cover. However, the commercial side lobbied against the idea of no script, stating that people wouldn’t know what the record was, or who it was by. Therefore they designed the album so the script was placed on a piece of cellophane within the shrink wrap, so that when you opened the album, the logo would be removed and all you were left with was the pure album cover.

Scarfe also explained how the creation of the characters in the film was the most difficult part of working with Pink Floyd. He wanted an accurate depiction of each character in the film, because they were based on characters the band wrote the songs about. Scarfe also helped design the set for the band’s tour of The Wall.

Scarfe is still creating art to this day. You can check out his work here, as well as this scene from Pink Floyd – The Wall film.