Frank Zappa Had Chilling Words About Jimi Hendrix Before His Death! 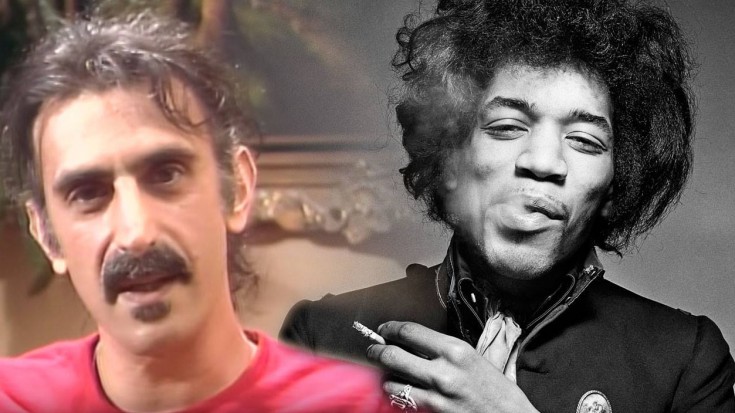 Frank Zappa is a former, musician, songwriter, composer, conductor, record producer, activist, filmmaker, actor, author, and unofficial ambassador to Czechoslovakia. Let it be known he was a very intelligent and versatile rock star. He is also very reputable for his candid interviews. He often trumps reporters live on air with his massive intellect.

What you’re about to watch is a rare interview with Frank Zappa (shortly before his death) in which he is asked about a variety of different things, one of them being Jimi Hendrix. As you’d expect, the interview is fascinating, but for some odd reason, the interview is also very chilling.

Frank Zappa certainly had a way with words. He is one of the smartest rock stars known to man. He has an insightful answer to every question that he is asked, and his stories about Jimi Hendrix surely fits that bill.

This interview is one of many in a series of the same session. He is asked about astronomy, humankind, and, you guessed it, Jimi Hendrix. This interview is truly one of the more interesting ones he’s ever done, for sure. Frank Zappa is definitely a eccentric and brilliant mind gone too soon. Watch and be mesmerized by Frank’s insightful words. This is truly a diamond in the rough of video content!