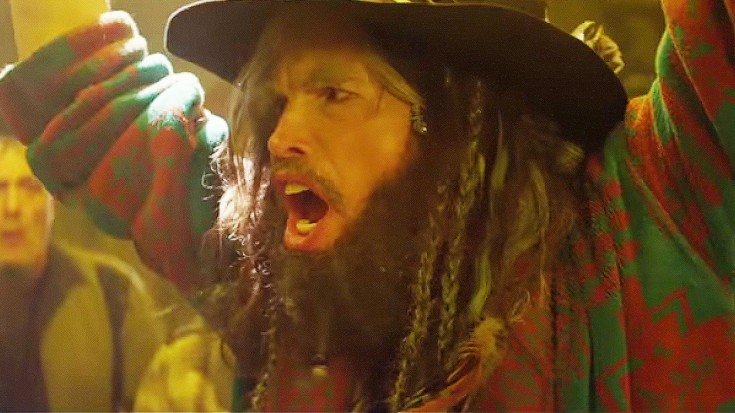 Wednesday afternoon via his personal social media pages, Steven Tyler shared with fans the first trailer from an upcoming movie he will be starring in. The movie is called Happy Birthday, is a horror/thriller film and follows the story of two friends’ trip to Mexicali to celebrate a birthday. The film also stars Vanessa Lengies, Jeff Daniel Phillips and Matthew Willig. Tyler will play a character named Kasape Suka. There isn’t much known about his character so far, but just based on the trailer it looks like Tyler could be playing some sort of drug lord or crime organizer. Either way, the movie looks interesting but also very dark.

Tyler has also been working on his own solo music project. The Aerosmith singer made the switch to country music earlier in the year. He released his first country single last year, and is expected to release his debut album sometime soon. He and Aerosmith however, will be playing KAABBOO Festival in San Diego, CA this September, followed by a 10-date tour in Latin America. Happy Birthday has a release date for Sept. 9th, and is being produced by Momentum Pictures.

Check out the trailer for Happy Birthday down below!