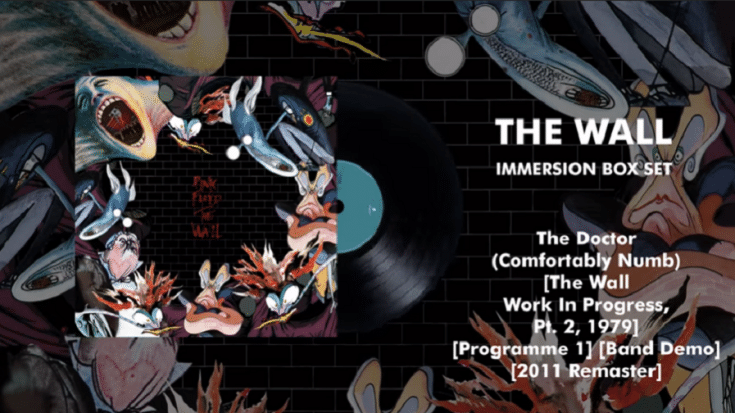 Pink Floyd has released a rare demo version of “Comfortably Numb.” The latest addition to the “Syd, Roger, Richard, Nick and David – An Evolving Pink Floyd Playlist” is from their 1979 sessions for “The Wall.” The song actually developed while David Gilmour was working on his first solo album in 1978 but didn’t go anywhere until the following year.

“The Doctor” is an early version and it had a grittier sound, just like what Gilmour wanted. There are also slight differences in the lyrics that didn’t make it to the final cut. Check it out below.

“Comfortably Numb” became one of Pink Floyd’s most popular and enduring hits. Gilmour told Guitar World, “It was very, very simple to write. But the arguments on it were about how it should be mixed and which track we should use. We’d done one track with Nick Mason an drums that I thought was too rough and sloppy. We had another go at it and I thought that the second take was better. Roger disagreed. It was more an ego thing than anything else. We really went head to head with each other over such a minor thing. I probably couldn’t tell the difference if you put both versions on a record today. But, anyway, it wound up with us taking a fill out of one version and putting it into another version.”

It was the last song Gilmour and Roger Waters wrote together.