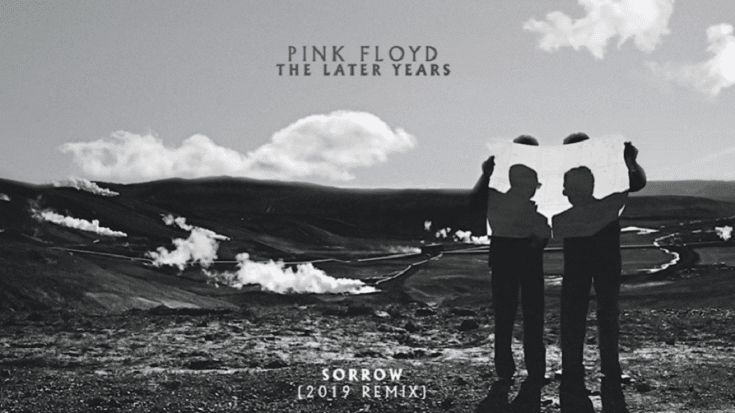 From Their “The Later Years” Box Set

Pink Floyd just streamed the 2019 remix of their 1987 song “Sorrow” from their thirteenth studio album “A Momentary Lapse of Reason.” This is another sneak peek into their 5-CD/6-Blu-ray/5-DVD set which will be out on December 13th. As expected, David Gilmour’s guitar work is the highlight of the nine-minute track. Gilmour once revealed that “Sorrow” is one of his strongest efforts, lyric-wise. He said, “Sorrow was a poem I’d written as a lyric before I wrote music to it, which is rare for me.”

The Later Years is a 16-disc collection which covers material from 1987 and onwards. Speaking about “A Momentary Lapse of Reason” which was the first Pink Floyd album without Roger Waters, Gilmour said: “It’s quite a big thing to carry on Pink Floyd with Roger Waters having gone. He is a big, big part of it obviously, a major talent and our primary lyricist, so it was difficult.”

He also added, “The Roger and me thing? I would think of myself as more of a melodic type and Roger is more of an aggressive wordsmith… Different sides of us came together to create what we became.”

The Later Years will also include a 60-page hardback photo book and three reproduction tour programmes.