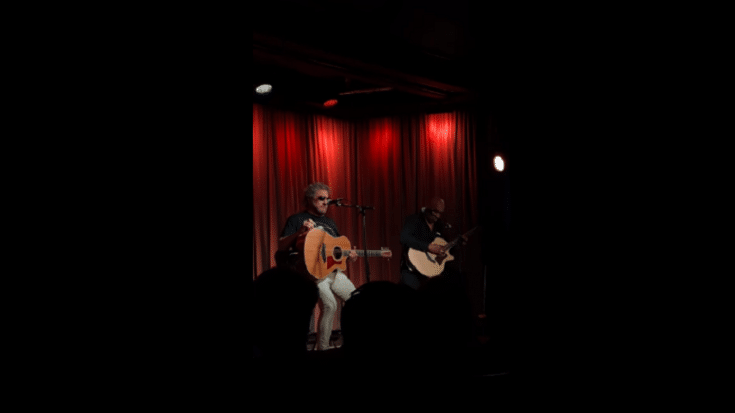 During the “An Evening with Sammy Hagar” event last November 19 at the GRAMMY Museum, Hagar sat down for an interview with moderator Scott Goldman and also delighted the crowd with a stripped down acoustic performance. Along with The Circle bandmate and guitarist Vic Johnson, the Red Rocker powered through a six-song set – Montrose’s “Rock Candy,” a reworking of Van Halen’s “Right Now,” another Van Halen classic “Finish What Ya Started,” Hagar’s solo hits “Little White Lies” and “Eagles Fly”, and The Cirle’s “Space Between.”

Hagar also shared about his 2020 plans particularly a “40-city tour.” He told Goldman, “I haven’t done this in a long time. This year, we made a record and I was told, “You’ve got to go out and support it.” I don’t like to go away and tour, but I love to play shows. The way we do it with The Circle, we play a couple shows a month, but I’m going to do 40 cities – a real tour – next year. I’m doubling from what I did this year.”

In a recent interview with writer Clay Marshall, Hagar also revealed that he’d love to do a one-off show with Van Halen. He said, “If there was ever going to be one reunion — I’d say, you’ve got one more shot, one more; you’re going to put the guys together — it would be Van Halen. Not for a tour; not to make a record; not to go on and on and on, because I don’t think we’re there. I don’t think I can be in the same head space as those guys personally. We’re in different head spaces, so I don’t think we could create well together, but just one time for the good time? Van Halen, number one, hands down. If I said I’ve only got one more show left in my whole life, who would you want [it] to be [with]? Eddie [Van Halen], Alex [Van Halen] and Michael [Anthony].”