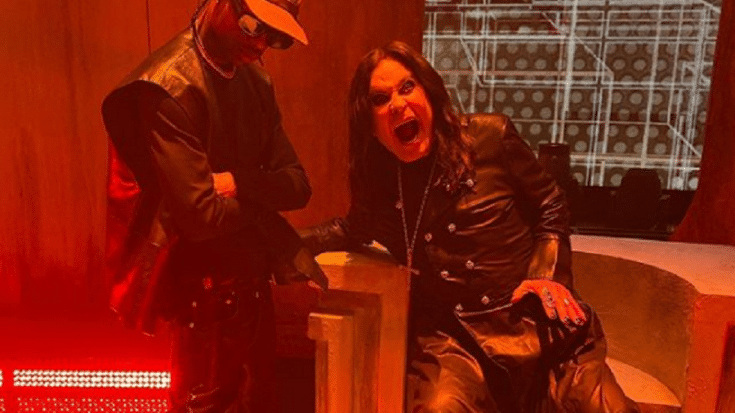 They Set The Stage On Fire – Literally

2019 was tough for Ozzy Osbourne after spending almost a year recuperating at home. But from the looks of it, he’s back and better than ever. Hot on the heels of the release of “Under The Graveyard” from his upcoming album “Ordinary Man” out on January, Osbourne took the stage with Post Malone and Travis Scott at the American Music Awards last Sunday.

They performed “Take What You Want” from Post Malone’s “Hollywood’s Bleeding” – the song that supposedly inspired Osbourne to work on new music again. It’s the first time he’s seen on stage after a string of health issues which forced him to postpone “No More Tours 2.” And well, Osbourne did it in style – sitting on a white gothic throne while Malone and Scott powered through the track in front of him.

In an interview with The Sun, Osbourne talked about ‘Ordinary Man’: “If it wasn’t for making this record, I would still be on traction, thinking, ‘I’m going to be lying here forever.’ I’ve missed music so badly. My fans are so loyal and so good. Up until making the album, I thought I was dying. But that got me off my arse. … It’s the greatest album I’ve done.”