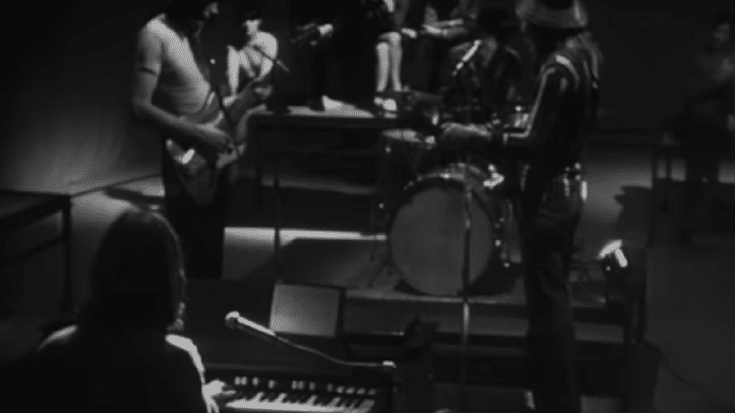 Pink Floyd recently streamed a 1969 performance of their classic hit A Saucerful of Secrets at the Forum Musiques in Paris, France. This is just one among several other rare video footage they’ve released over the past few weeks.

A Saucerful of Secrets is the title track of their 1968 album – the only record where five members of the band were present because the materials were recorded before and after Syd Barrett’s departure. A few months before the album was released, David Gilmour joined Pink Floyd.

“‘A Saucerful of Secrets’ was a very important track; it gave us our direction forward. If you take ‘A Saucerful of Secrets,’ ‘Atom Heart Mother’ and ‘Echoes’ – all lead logically to Dark Side of the Moon. ‘A Saucerful’ was inspired when Roger and Nick [Mason, Pink Floyd’s drummer] began drawing weird shapes on a piece of paper. We then composed music based on the structure of the drawing.” – David Gilmour

Check out the video and let us know what you think.