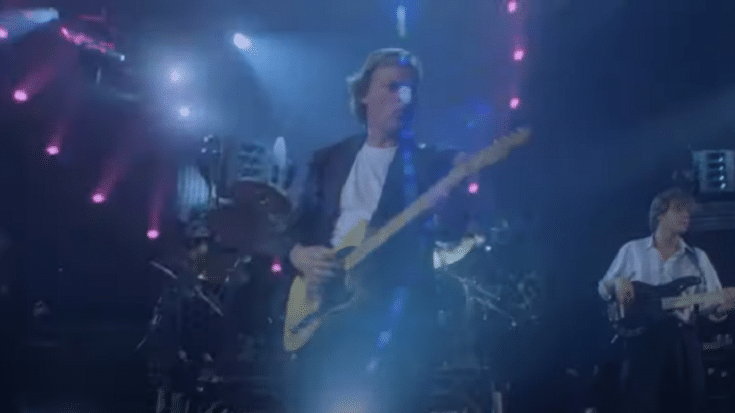 Pink Floyd are streaming a 1988 live performance of their 1979 classic “Run Like Hell” – it’s featured on their upcoming release “Delicate Sound of Thunder”, out on November 18. This was filmed at Nassau Coliseum in Long Island, NY in August 1988 as part of the tour in support of their then-new album “A Momentary Lapse Of Reason”.

“Run Like Hell” was written by David Gilmour and Roger Waters – one of the last songs they wrote together. It was originally featured on their eleventh studio LP “The Wall”. Producer Bob Ezrin somehow managed to convince the band to add a disco beat to it even though that wasn’t their usual style. The original recording was significantly longer but they had to cut it for the album.