Photo Leaks Of Slash In The Studio, Meaning A New Guns N’ Roses’ Album Might Be On The Way! 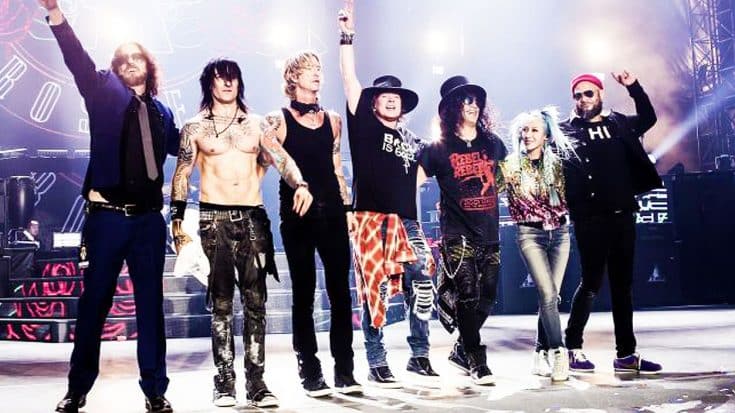 Ever since Guns N’ Roses reunited last year, fans have been chomping at the bit for a new album. Their tour last year was incredibly successful and proved that the band’s relevancy has outlasted their age.

Guns N’ Roses haven’t hinted at any new material coming from them anytime soon, but recently they may have been tipped off by their own member!

Slash was recently photographed by Marshall Amps, and a picture of him working in the studio was tweeted out to the masses on April 21st.

Immediately many fans began pondering if this meant he was recording new material for his solo act, or Guns N’ Roses!

So far, there hasn’t been any confirmation on either outcome, but no other GNR member has been spotted, or posted, in the area of Burbank, California.

Putting his new 2555X Silver Jubilee to good use, here’s @Slash in the studio #liveformusic pic.twitter.com/Hw4h0T88PS

We’ll keep you posted if we hear anything else, but hopefully this is the new GNR music we’ve all been waiting for!