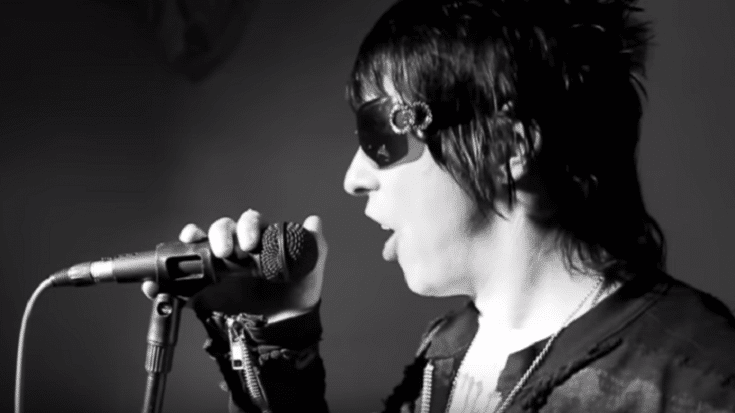 Blackwater Conspiracy frontman Phil Conalane wrote how it was like auditioning for legendary rock band back in 2016 via Classic Rock magazine. He recalls that in March 2016, he was browsing the internet when he received a Facebook message from someone who works for a promoter in Ireland asking for his contact info which would be given to an agent in Los Angeles. He expected that it might have something to do with Blackberry Smoke whom Blackwater Conspiracy opened for before.

But he was wrong. He said, “The next morning I get up and check my emails, and sure enough, there’s an email from an agent in LA, but the subject line is not what I’m expecting: “I am the agent for AC/DC”, while the email simply asks, “Can I call you as soon as possible?” My mind was racing, thinking “Fuck! Blackwater Conspiracy are gonna get to open for AC/DC!””

After giving his number, he received a call in minutes. He added, “Long story short, he tells me that Brian has had to ‘step away’ from AC/DC for medical reasons, and that Angus Young would like me to come over to the US for a bit of a jam.”

Six days later, he was flown to Atlanta. He explained, “This was all a bit of a whirlwind, and I didn’t really get a chance to get nervous about the whole thing.” The next morning, he was brought to the rehearsal space which he described as “basically AC/DC’s stadium stage setup: a wall of Marshall amps, and Chris Slade’s immaculate Rock Or Bust tour kit separating the amps. Trace (Angus’s guitar tech) introduces himself and gets me set up with in-ears, and we take a quick run through Back In Black to check volume levels.”

Then, he noted: “A few minutes later Cliff Williams , Chris Slade and Stevie Young all come into the rehearsal room and introduce themselves, and thank me for coming over. I’m chatting to Chris Slade for a bit, as we have a mutual friend in Ireland. A few minutes later Angus comes in. Now I’m fucking nervous! He comes over straight away and says, “Hi Phil, I’m Angus. Thanks for coming over. I appreciate it!” After a quick cup of tea (rock’n’roll, eh?) Angus puts his guitar on and asks me, “What song do you want to start with?””

They spent six hours playing the entire setlist for the tour. Guitar god Angus Young apparently made him “feel very relaxed, and during tea breaks would chat freely and tell funny stories. He told me he had discovered me through my old band Million Dollar Reload, but that he really likes Blackwater Conspiracy too.”

When he got back to Ireland, Angus contacted him and told him that although he and the rest of the band enjoyed their rehearsals with Conalane, Axl Rose was going to step in and take over the lead singer duties. Nevertheless, Angus said that if he wanted to attend any of their shows, he’d be welcomed as a guest. He ended up going to two shows and received amazing treatment.

He continued, “All I can say is that Angus and all of the band and crew are the nicest people ever, treating me with the utmost friendliness and respect.” And though he didn’t get the gig, he still stays in contact with the AC/DC camp.

Conalane then concluded, “I’ve been very lucky in my rock’n’roll adventures: playing big festivals, touring, opening for some big bands, and generally getting to make music with my mates. But… There’s no feeling in the world that will ever beat Angus Young asking, “Wanna do Highway To Hell, Phil?” Standing in Avatar Studios in Atlanta, Georgia when that opening riff from Highway To Hell is played on that black Gibson SG Angus uses. Singing the first verse and turning my head to the left and seeing Angus Young two feet away while I rip into that chorus with AC/DC. That feeling? I will take it to my grave.”